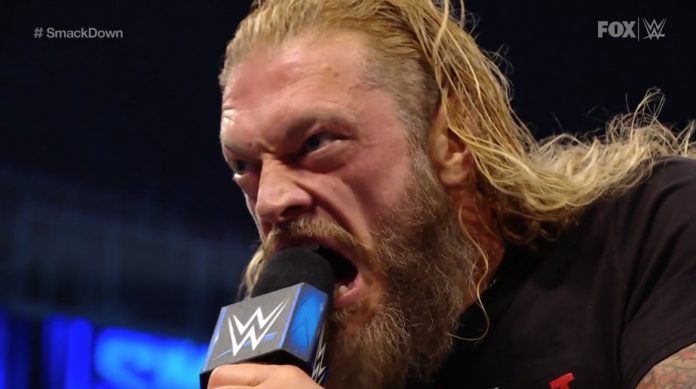 Seth Rollins and Edge have split their first two matches, with Rollins delivering what he believed would be a career-ending stomp in the rematch. After Rollins broke into Edge’s home, Rollins demanded Edge accept his demand for one final match.

Edge looked for revenge on Friday’s SmackDown. Rollins didn’t say much, but he watched as Edge pull up to the building in an SUV, then watched as Edge ran down to the ring and attacked. Rollins ducked out for safety. Edge grabbed a microphone and named the stipulation for their final match: Hell in a Cell.