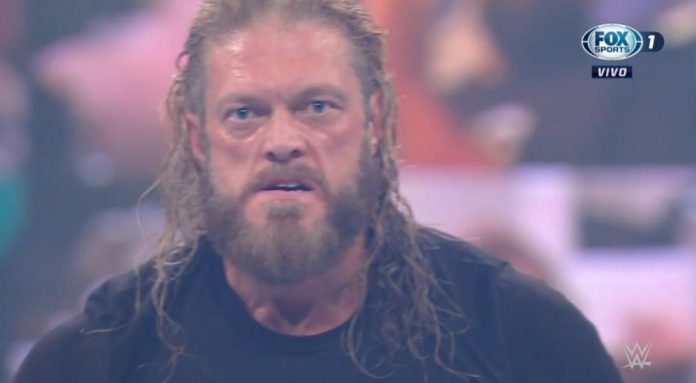 The final segment of this week’s episode of WWE Friday Night SmackDown, had Paul Heyman and Roman Reigns in the ring. The two were discussing that there was no one left for Roman face.

As soon as that was said, Edge’s music played and he walked out and then attacked Reigns around the ringside area. Edge slams Reigns’ head into the announce table several times. Edge unloads on Reigns and brings it back in but Reigns meets him with a Superman Punch.

Reigns stumbles back to ringside and grabs a steel chair and tries to bring into the ring but Edge cuts him off with a big Spear. Edge set Reigns up for the con-chair-to but he was attacked by Jimmy Uso. Edge countered and shoved Uso in to the steel steps before spearing him through the barricade as Reigns and Heyman escaped up the rampway.

Edge makes his way back into the ring and yells out and asks Reigns where he’s at. Edge says if Reigns wants him, he’s right here.