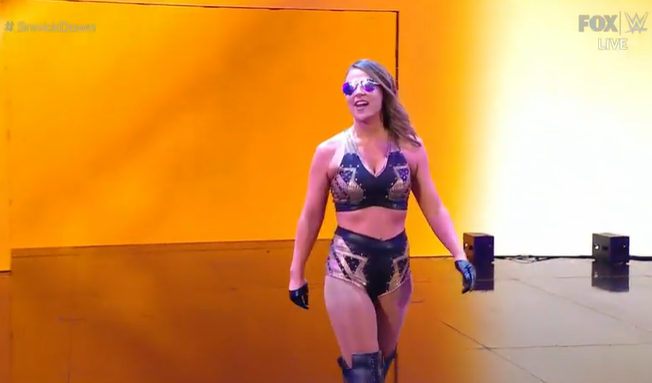 Ronda Rousey issued an open challenge for this week and Emma was revealed as her opponent. Emma looked great, but could defeat the Champion. Towards the end of the match Rousey raked Emma’s eyes and hit her with a Piper’s Pit. Then Rousey locked in the armbar and Emma tapped.

Following her WWE release, Dashwood worked for Ring of Honor for about a year and also spent about three years in Impact Wrestling.