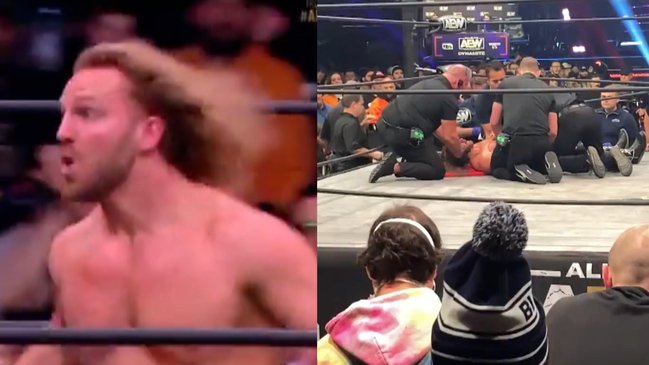 Hangman Adam Page was injured during the World Title main event on AEW Dynamite as he battled Jon Moxley.

The injured occurred when Page took a clothesline from Jon Moxley. Page had to be taken out of the ring by stretcher. He then was taken by medical personnel to a Cincinnati trauma center and diagnosed with a concussion. He was discharged, but will remain in AEW’s concussion protocol.

The match was called off by Dr. Michael Sampson as he checked Page over. AEW opted not to show this detail to the watching public, but the ropes had to be loosened to allow Page to be taken away on a stretcher.

They are literally taking the ropes down to take hangman Adam page out of the ring on a stretcher. #AEWDynamite pic.twitter.com/9hwcUQSAuK