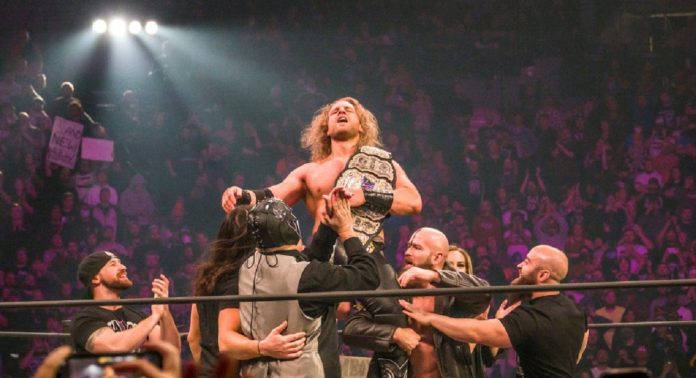 Hangman Page won the AEW world title in the main event of Full Gear, defeating Kenny Omega and putting an end to his 346-day title reign.

Page became just the fourth person to hold the belt since its creation in August 2019, and looks to take his place as the top star in AEW.

You can read the full “press release” below: 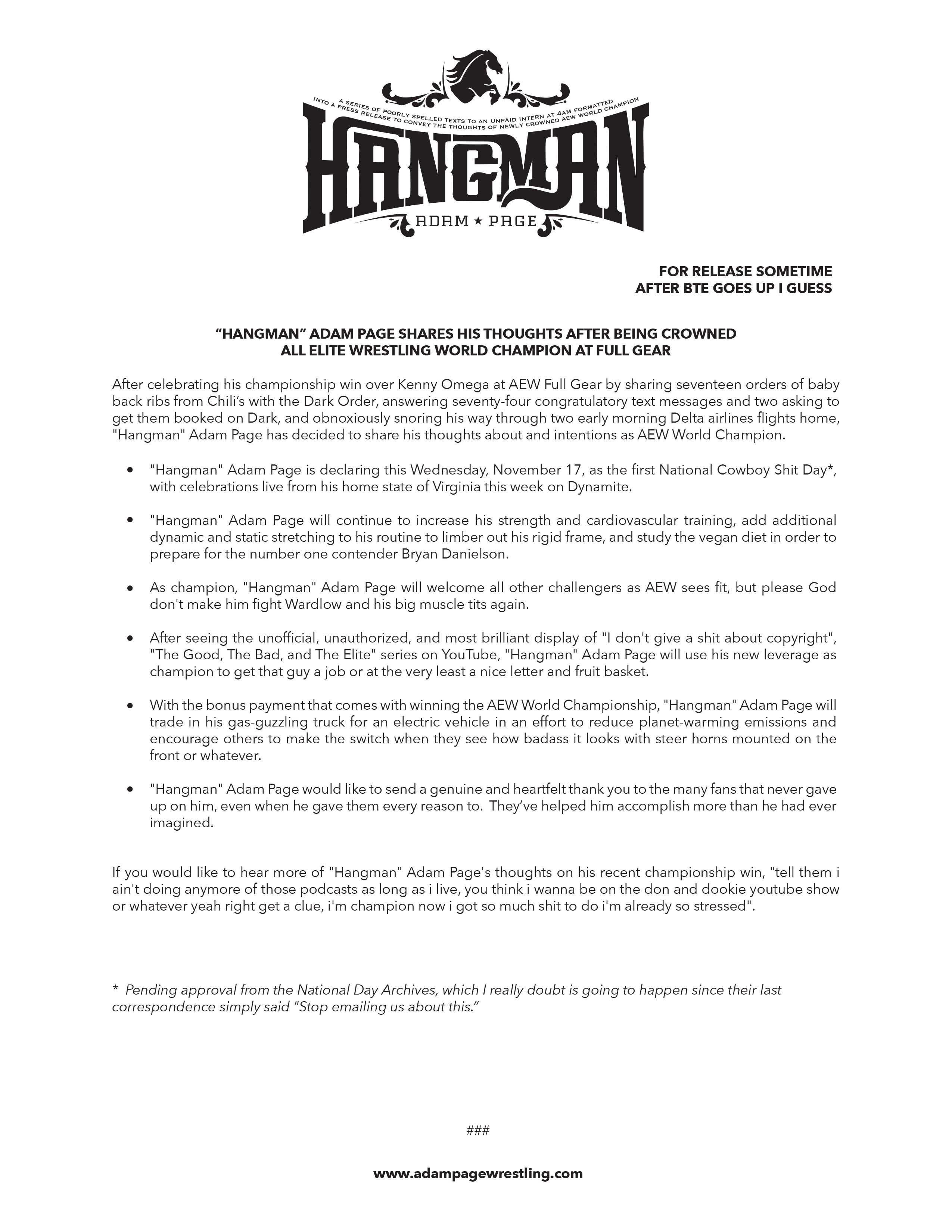