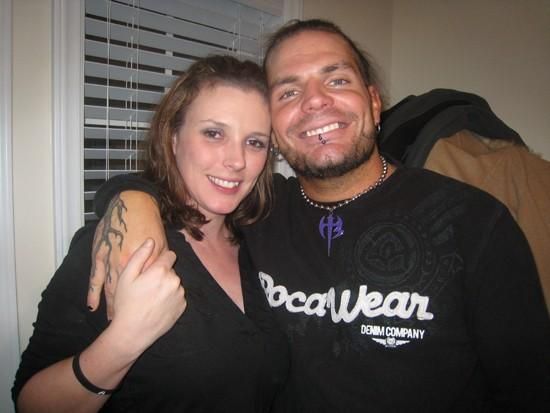 As it was earlier reported, Jeff Hardy has been released by WWE after he declined their offer for rehab. Jeff Hardy’s wife took to Twitter this afternoon and issued an update on how he is doing.

Beth Hardy commented on the release of her husband saying that: “Jeff is good. We are good. Post that you ‘heard’ that. Thanks.”

Jeff’s release comes after he was sent home from the road after looking “sluggish” during a match where he was teaming with Drew McIntyre and Xavier Woods against The Bloodline.

After tagging out during the match, Hardy left through the crowd. Video of the episode spread widely on social media after the match. Hardy was replaced the next night by Rey Mysterio at WWE’s event in Corpus Christi, Texas.