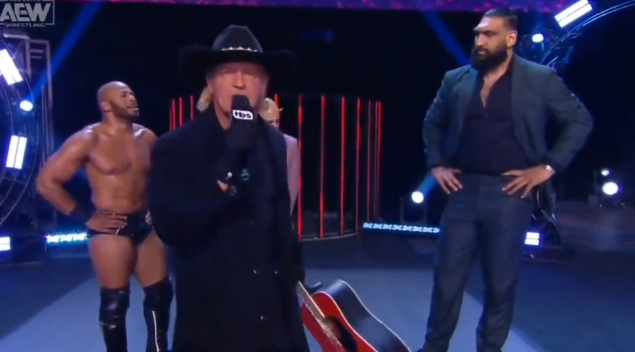 On tonight’s AEW Dynamite, Jeff Jarrett cut a promo on why he is aligned with Jay Lethal, Sonjay Dutt, and Satnam Singh.

When discussing the 7-foot-5 Satnam Singh, Jarrett said “This ain’t no make-believe monster who wears red skinny jeans and is produced by the banana nose.”

In case you are wondering, Jarrett was referring to Braun Strowman (skinny jeans) and Triple H (banana nose). 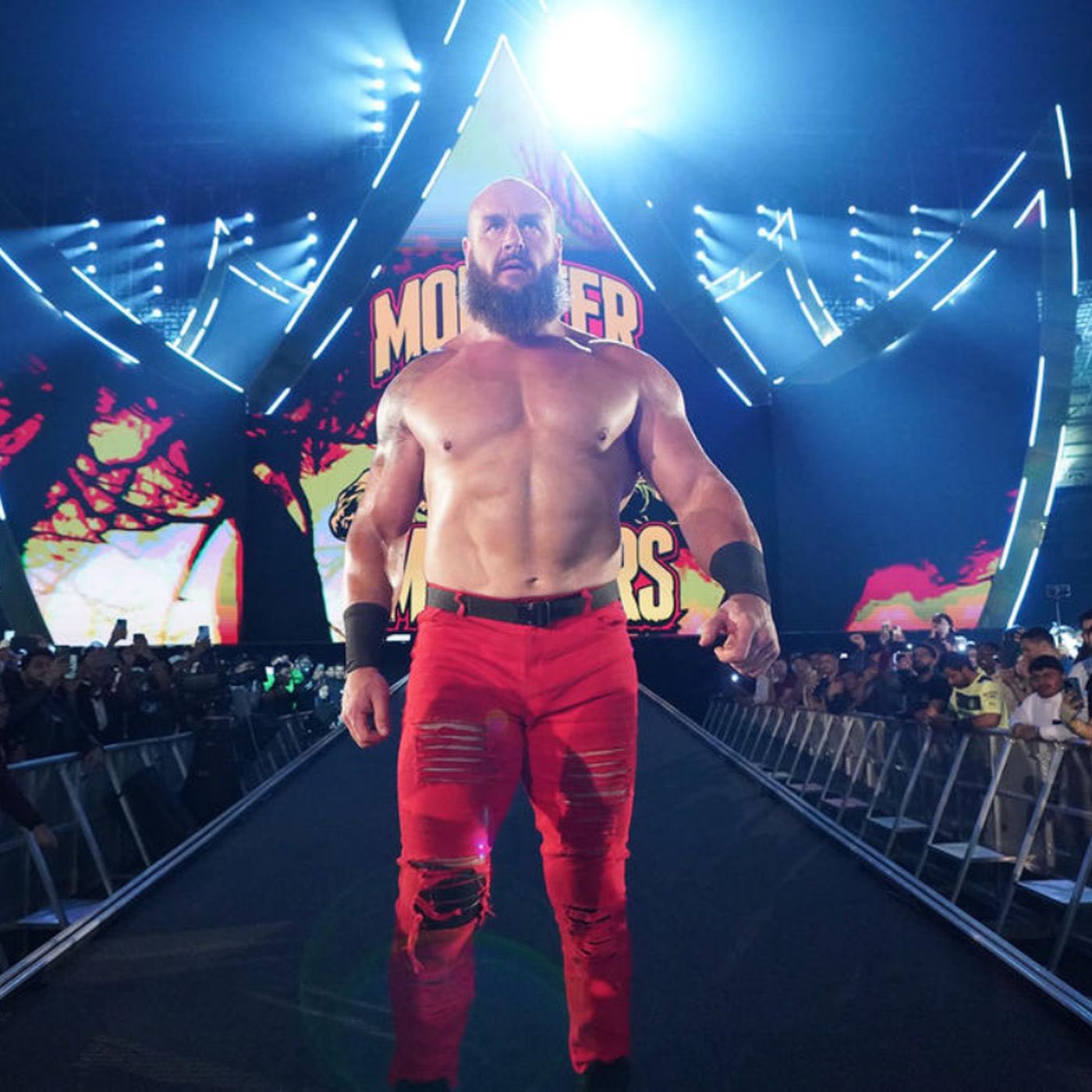 Music to our ears and a KILLER promo from Jeff Jarrett! 🔥

We’re in for another fascinating episode of #MyWorld!#TheLastOutlaw #AEW #AEWDynamite pic.twitter.com/mhoe6xTnAh

Jeff Jarrett made his surprise AEW debut on this past week’s AEW Dynamite, attacking Darby Allin with a guitar before aligning himself with Jay Lethal’s crew.