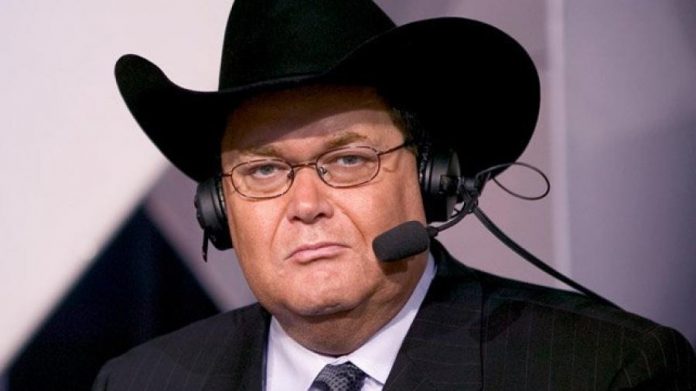 Hall of Fame pro wrestling announcer Jim Ross has provided fans with an update on his skin cancer diagnosis on the latest edition of his Grillin’ JR podcast.

Ross stated he won’t have to undergo chemotherapy as part of his treatment and thanked his fans for all the support they’ve sent him over the past week.

“I’m pretty good. I have this little cancer issue I’m trying to deal with. I’m going to start doing radiation soon. I have to do 22 radiation treatments. Somehow I have to figure out how to do it on consecutive days. They would like to do it every day for I think 3 weeks, or whatever it is, maybe longer than that. I haven’t kept track. It’s inevitable. It’s coming. I have to deal with it. I haven’t found myself buried in the minutia of whether this is happening or that is happening.”

“I don’t plan on missing any work according to my doctors, so that’s good,” he added. “It’s just a matter of dealing with the issues, gritting your teeth, and moving on. That’s kind of what I’m doing. I really appreciate all the fans who have reached out on social media and so forth giving me their encouragement, prayers and so forth. I didn’t get the worst kind of skin cancer. Whatever that is, I don’t have. It’s one of those deals. It’s part of the journey. I have to deal with it and I will deal with it. No doubt about it. It’s just a pain in the ass to get all these treatments.”

The diagnosis was made after Ross had a CT scan done for an issue on his lower leg that he’s been dealing with for more than a year.

Known as “the voice of professional wrestling,” Ross has been AEW’s lead commentator since 2019 after more than two decades in various roles in WWE. He was inducted into the WWE’s hall of fame in 2007.