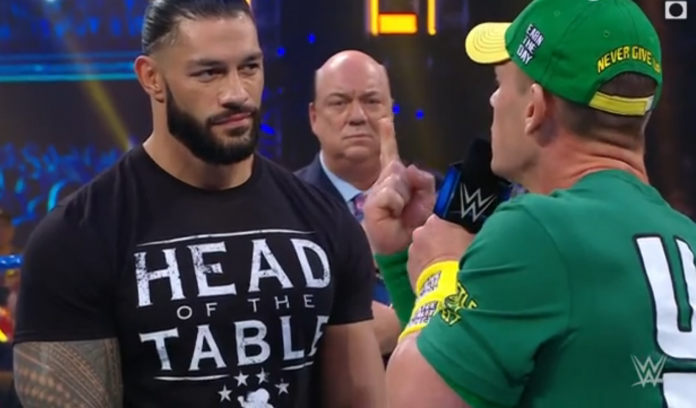 John Cena kicked off WWE Friday Night SmackDown by calling Reigns a dickhead and a Douche bag and said that Reigns will get an F at SummerSlam.

“And above all, a huge disappointment. Because for 10 years the WWE has been selling you Roman Reigns and here’s the problem. Going by the numbers, the only one buying is Roman Reigns,” Cena said.

“I came back with one agenda. I’m going to give Roman Reigns an F from John Cena, but, I want to hear what Tulsa Oklahoma feels about this.”

“I have a little pop quick with a question of my own,” Cena said. Do you feel Roman Reigns will beat the hell out of me at SummerSlam?”

Reigns then came out to the ring with Paul Heyman and told Cena not to waste his time. Cena talked about wanting to win the title for a 17th time so he could make history.

Reigns added that 20 years of missionary was good for Cena but it wasn’t good enough for Nikki Bella. Cena said Reigns ran Dean Ambrose out of the ring and he’s had the protection of the system.

Cena said “You’ve been protected. Those giant bars of soap you have for teeth. You’ve always been protected by the Shield. You almost ruined Seth Rollins. You ran Dean Ambrose out of WWE. You’ve had 10 whole years, Paul Heyman in your corner, two lackeys to do your dirty work, and protection and yet you haven’t done it. I built Suplex City. You’re the biggest failure in WWE history.

Cena continued, “And then I’m going to take your title and jump the barricade and run out of Allegiant Stadium as fast as I can and I might even blow you a kiss goodbye. At SummerSlam, the champ is gone. 1,2,3. 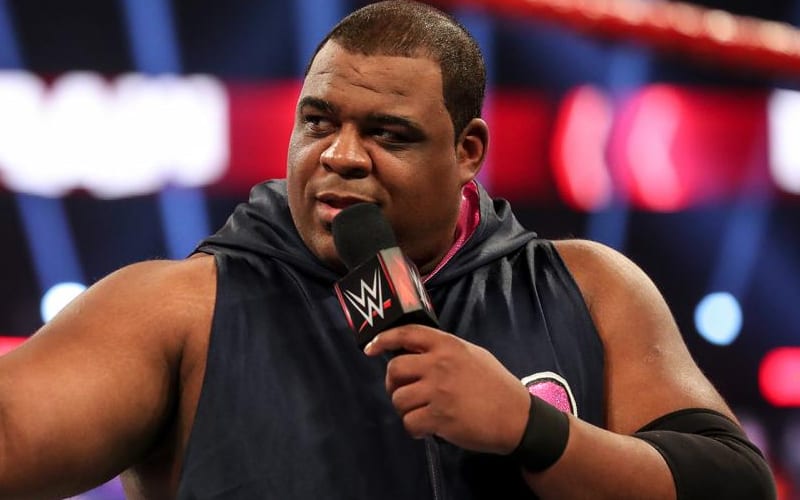 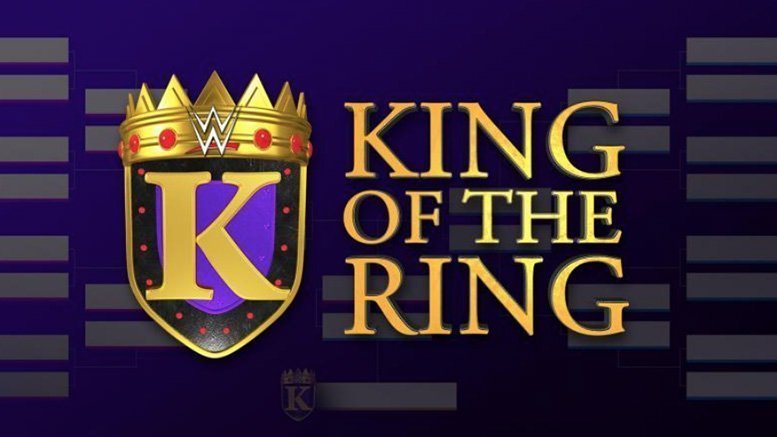 Report: WWE King Of The Ring Tournament Will Take Place In October