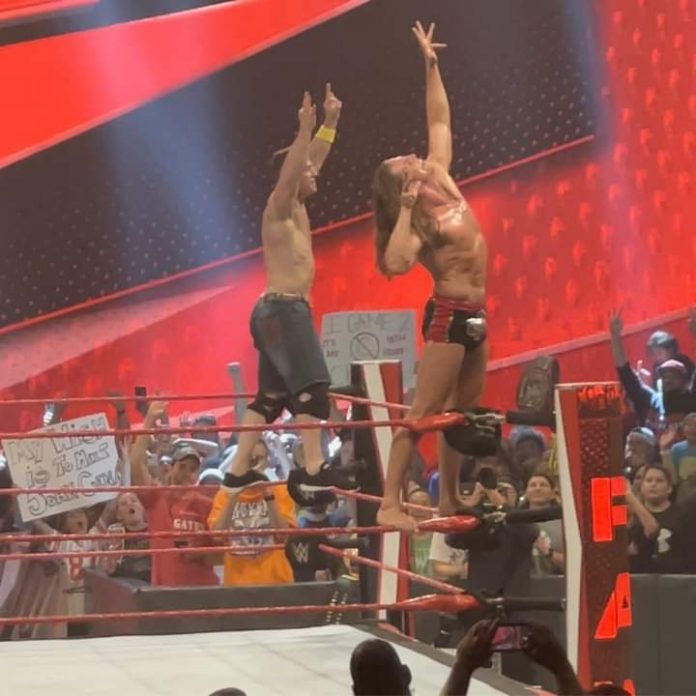 After last nights Monday Night Raw went off the air on the USA Network, the fans in Kansas City got a bonus match featuring John Cena and Matt Riddle taking on T-Bar and Mace.

Matt Riddle performed for most of the 10 minute match, but Cena made the hot tag and finished the match by delivering an Attitude Adjustment to MACE, then got the pin for the win.

As Cena continues his “Summer of Cena” tour, he is wrestling a full-time live event schedule through SummerSlam and he is scheduled to appear at the Madison Square Garden Friday Night SmackDown show on September 10.

After the match, Cena and Riddle did a Bro off, which was similar to what they did on last week’s RAW.

After RAW went off the air, John Cena appeared to team up with Riddle and together they defeated Mace and T-Bar. pic.twitter.com/GW3iQ0yAey