Jon Moxley defeats Satoshi Kojima at All Out 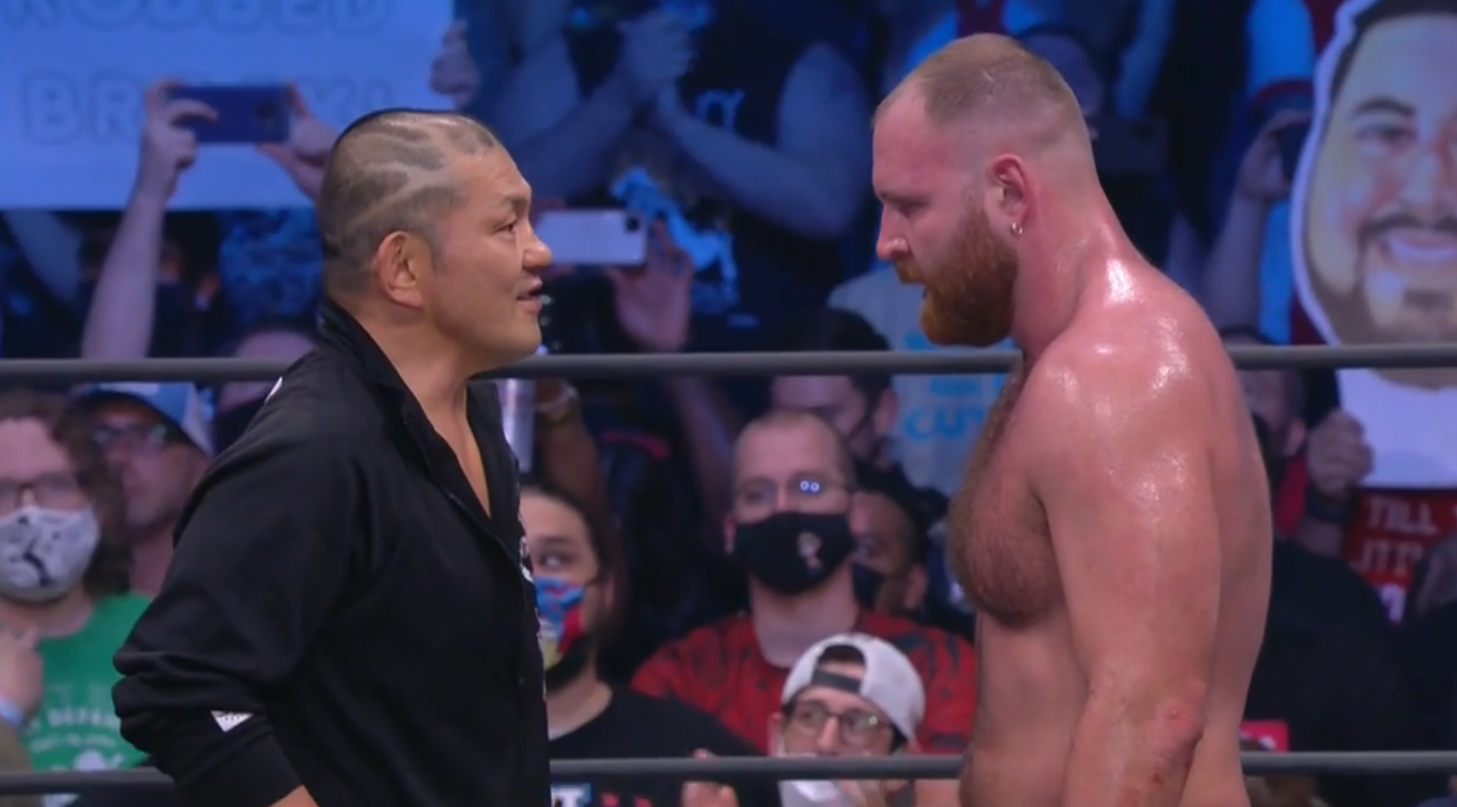 Jon Moxley faced off against Satoshi Kojima in the second match of All Out. Kojima tried for a handshake before the match only to be met with a middle finger from Moxley.

The two began chopping each other and exchanging forearms. Moxley ducked a lariat and rolled to the floor. Kojima nailed a pescado to the outside and the two fought on the floor.  Moxley was sent into the ring but came back with a dive to the outside.

The exchanges of big moves kept coming, including a Kojima brainbuster. Kojima hit a lariat and a Koji Cutter but was too damaged to go for a cover, allowing Moxley to take advantage and lock in the bulldog choke only for Kojima to break the hold by getting to the bottom rope.

Moxley locked in the bulldog choke but Kojima got his foot on the bottom rope. Kojima fought back with Mongolian chops. Moxley followed up with a headbutt and by hitting the Paradigm Shift twice to score the pin.

After the match, Minoru Suzuki’s music played. He walked out to the ring, removed his shirt and he and Moxley started trading punches, until Suzuki hit a Gotch piledriver to lay Moxley out.

Evil in the eyes of @suzuki_D_minoru.