Karl Anderson and Luke Gallows are back in WWE 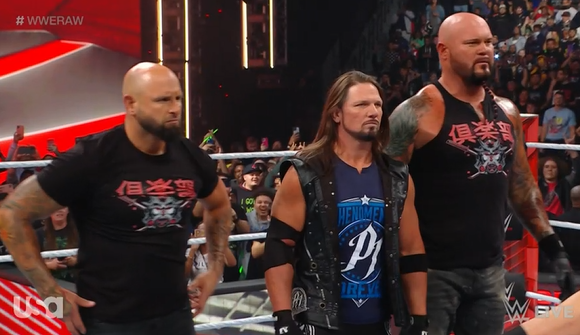 WWE Raw takes place tonight from the Barclays Center in Brooklyn, NY with the DX anniversary celebration just one part of a loaded show.

During the show, Luke Gallows and Karl Anderson (The Good Brothers) returned to re-join AJ Styles, after The Judgment Day attacked Rey Mysterio.

The Judgment Day, namely Finn Balor, were once again trying to get AJ Styles to join them. AJ Styles teased like he was going to do just that, saying he needed friends; he needed family.

Styles then hugged Balor, and said: “I wasn’t talking about you,” Styles replied.

Cue Karl Anderson and Luke Gallows rushing to Styles’ side. With the O.C. reunited they attacked The Judgment Day.

Gallows and Anderson are here! The OC is back and they’re taking out #TheJudgmentDay!!!#WWERaw pic.twitter.com/PBAZk8Gxgt