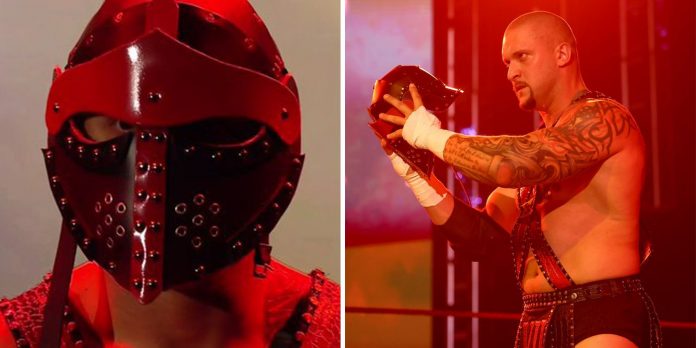 Karrion Kross has revealed a new look in a photoshoot he participated in with his fiancée, Scarlett Bordeaux.

The shots are apparently inspired by several movies as they were captioned with quotes from Heat and Eraser. Kross also used a quote from Heat. The photos, which can be seen below, show Kross wearing a suit and taking on a different look with grown out hair.

“Don’t let yourself get attached to anything you are not willing to walk out on in 30 seconds flat if you feel the heat around the corner.”

WrestleVotes recently reported, that WWE is planning to make alterations Kross’s gimmick. “Source states WWE is shifting Karrion Kross’ character once again. Plan is for him to be more of a ‘psycho’ yet still ‘calm and cool.”

The report also notes that Scarlett Bordeaux is still not going to be part of Kross’ presentation, but the former NXT star will be getting new entrance music.

Kross’s last match on TV was in late September with a win over Jaxson Ryker. WWE has been airing vignettes on television to hype his return.