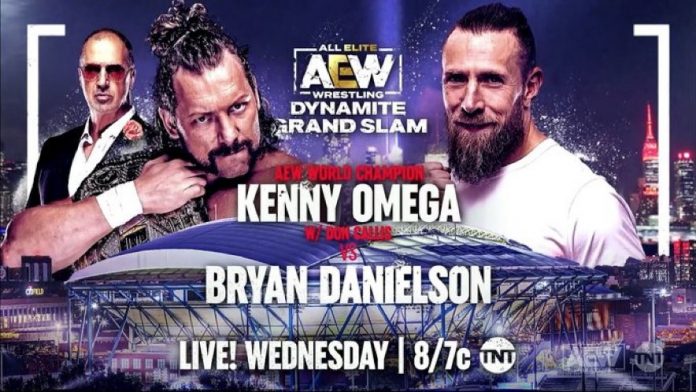 Bryan Danielson appeared on this week’s AEW Dynamite and was immediately interrupted by Kenny Omega and Don Callis.

Danielson told Omega that he wants a match with him even if the title is not on the line. Danielson finally got Omega’s attention by pointing out that he wasn’t “The Best Bout Machine” anymore, prompting the world champion to accept Danielson’s challenge.

It was later confirmed that the match will take place at AEW Dynamite: Grand Slam next week at Arthur Ashe Stadium in New York. There was no mention of the AEW World Championship being on the line.

“My answer is YES!” – @KennyOmegamanX to @bryandanielson‘s challenge – Tune in NOW to watch #AEWDynamite LIVE on @tntdrama pic.twitter.com/djoUSc6ei6