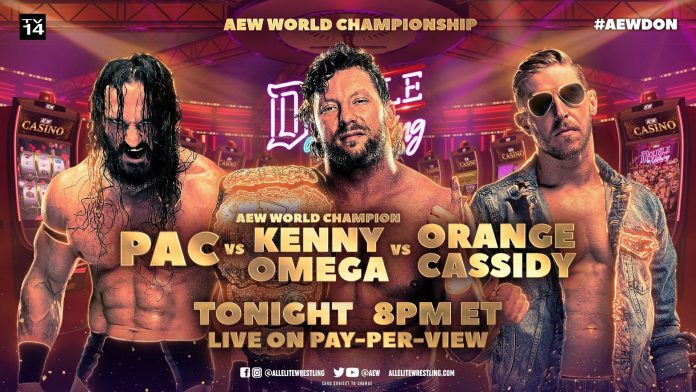 Kenny Omega put his AEW World Championship against Orange Cassidy and PAC at Double Or Nothing.

The match was fast paced and the three men found ways to have everyone involved in the match most of the time. Cassidy got one of the early close near falls on Omega but Omega kicked out and countered a DDT attempt into a tilt-a-whirl backbreaker. Moments later, Omega hit a dive on both men on the floor.

The focus of the match briefly shifted to a battle between Omega and PAC before Cassidy eventually worked his way back into the match and hit Omega with a Stundog Millionaire. As Omega was trying to bridge out of a Cassidy pin, PAC came crashing down with a 450 splash.

Late in the match it looked like PAC was going force Orange Cassidy to tap out to the Brutalizer, refusing the break the hold even as Omega repeatedly kicked him in the head. Omega then abused the No Disqualification rule by attacking the referee, then bashing Pac across the face with all four of his titles.

Cassidy slid back into the ring and hit Omega with the Orange Punch. A second referee ran in to count the pin, but Omega reversed into a crucifix for the three count. 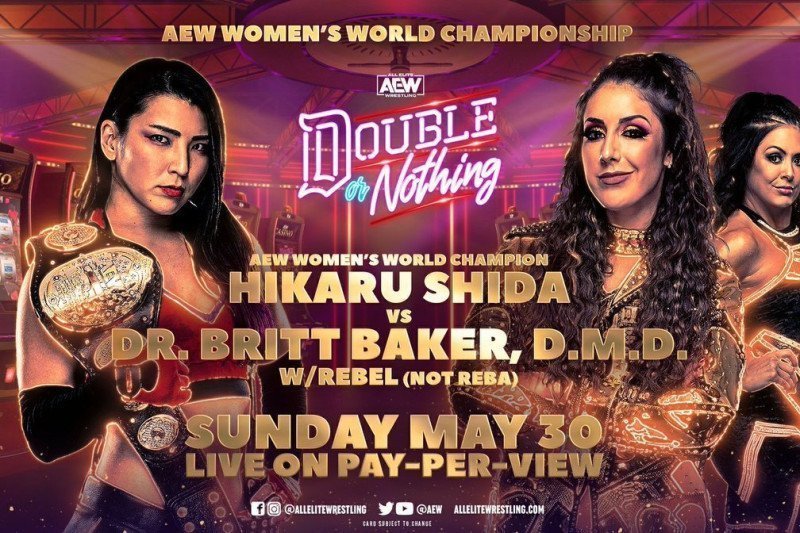 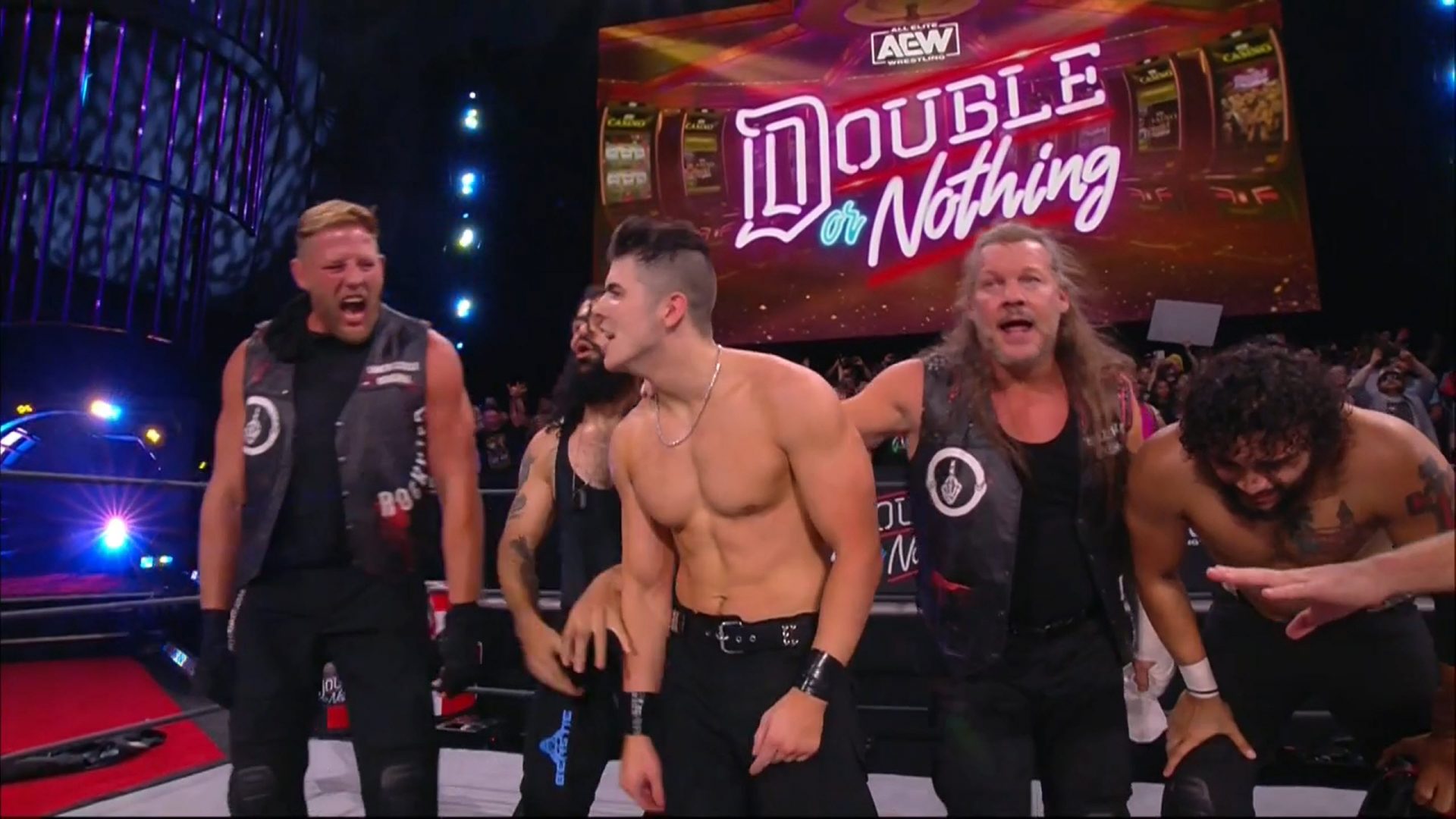 The Inner Circle defeats The Pinnacle at Double or Nothing