Kevin Nash Comments On The Passing Of His Son 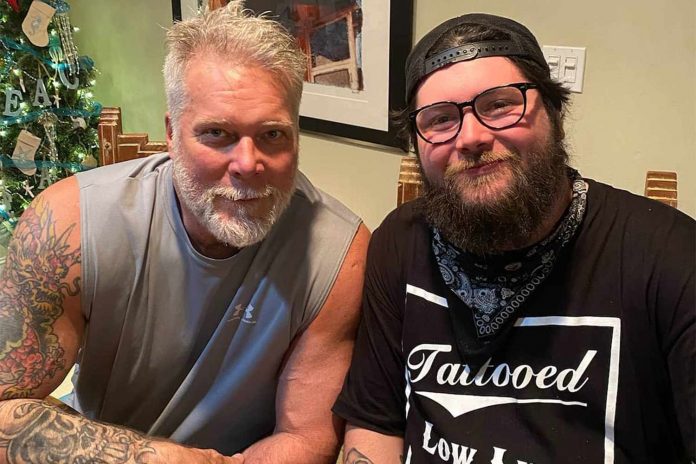 WWE Hall of Famer Kevin Nash suffered a horrific loss on October 20, 2022, when his son Tristen passed away at the age of 26 years old.

Just days after losing his son, Kevin Nash opened up about the circumstances surrounding his death. On his podcast, Kliq This, Nash said that Tristen’s attempt to give up drinking alcohol led to a seizure, that ended up taking his life.

“The seizure caused the cardiac arrest. He was basically dead in his room on the floor with the EMT working on him. They got him back and got him in the ambulance and they tried to save his life. So to the people at Halifax hospital, doctors and nurses, I thank you,” Kevin Nash said.

“We both decided that we were going to stop drinking so it was a situation where you know we both went cold turkey. I don’t think either of us felt great because you stop drinking coffee for a day and you get a headache. I think we were both dealing with it.”

Nash would continue: “When you look back at things, it’s like, so he wasn’t feeling good. So we were kind of, my wife and I were just kind of like waiting on him hand and foot. We knew he was trying to do this. One of the things that if you WebMD that, one of the things of cold turkey is that you have an increased risk of having a seizure.”

If you or someone you know needs help with alcohol and/or substance abuse, you can contact SAMHSA’s National Helpline, 1-800-662-HELP (4357). It is a free, confidential, 24/7, 365-day-a-year treatment referral and information service (in English and Spanish) for individuals and families facing mental and/or substance use disorders.