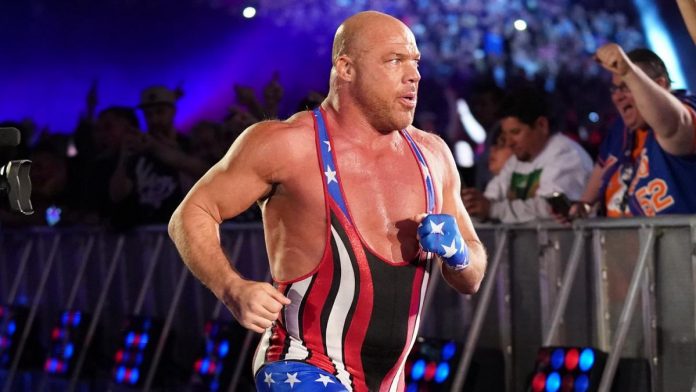 On the latest edition “The Kurt Angle Show” podcast, Kurt Angle said that an idea for a three-week run with the WWE was been dropped by the company “at the last second” and he hasn’t signed a deal with them.

“I went to the Royal Rumble. The WWE wanted me to do a short program that they ended up canceling it at the last second,” Angle said. He didn’t go into any details about what the program was going to be about or why it was dropped.

Angle added they “had a great time”, as they got to visit Kim Orton, who’s close friends with his wife, Giovanna.

Angle revealed last week that WWE had contacted him to return and that he was really excited for what they had planned.