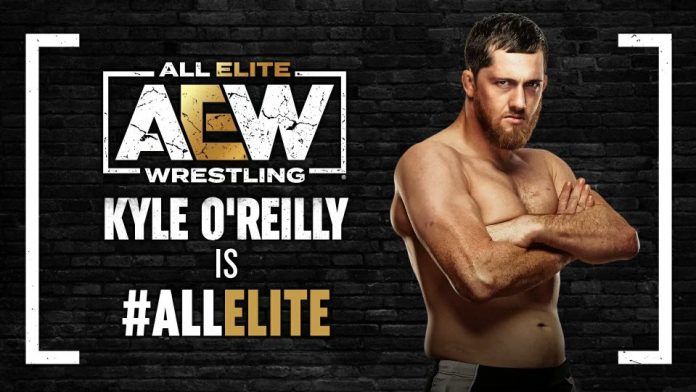 After the match Bobby Fish, Adam Cole and O’Reilly stood tall in the ring. The former Undisputed Era group were in the ring when the Young Bucks arrived and eyeball their newcomer with doubt and confusion.

O’Reilly joined NXT in 2017 and almost immediately joined the The Undisputed ERA upon his arrival. The group was arguably one of the most popular factions in WWE history, lasting for almost five years.