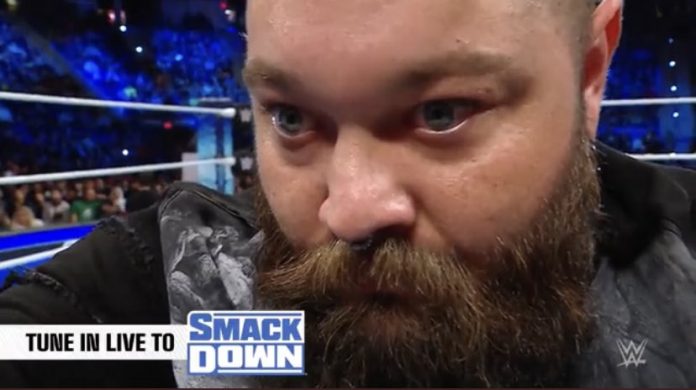 Wyatt is on the mic and says that lately he’s realized that he’s been conditioned his entire life to be a certain way and eventually you feel like changing is impossible. He was conditioned to be strong, to take, that fear is respect, and when he looks at the path behind him it’s covered in ashes and blood.

Wyatt said he wanted to apologize to LA Knight because he knows exactly how he’d handle this situation, and that makes him sad.

LA Knight then came out to the ring. Wyatt says they’re even and there’s a lot he wants to do to him but he’s gonna fight all these urges. The decision LA makes right now will change the rest of his life. Bray then offers a hand and Knight slaps him in the face.