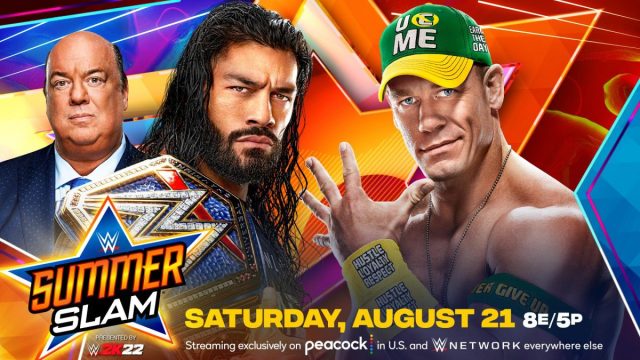 WWE SummerSlam takes place this Saturday night from the Allegiant Stadium in Las Vegas, Nevada and its set to be one of the most significant pay-per-view events of the year.

This is the first time since 1992, the show will be held in a football stadium. The stadium is home to NFL franchise the Las Vegas Raiders and can hold over 70,000 people.

SummerSlam is one of WWE’s ‘big four’ events alongside WrestleMania, Royal Rumble and Survivor Series. The main story this year will be if John Cena can make history. If he wins at SummerSlam, Cena will become a 17-time world champion and surpass Ric Flair in WWE’s record books for the most world title reigns in history.