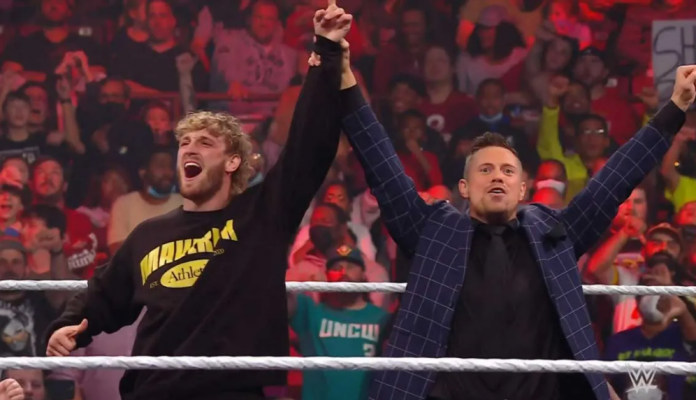 Logan Paul is set for a match at WrestleMania 38.

Paul showed up on Raw on Monday night and was a guest on Miz TV. He proceeded to get under the skin of the Mysterio family, and claimed he has “pool toys bigger than Rey.”

Paul was then unveiled as The Miz’s secret partner to face Rey and Dominik Mysterio in a tag team match on ‘The Grandest Stage of Them All’. And the pair quickly attacked the father-and-son duo in the middle of the ring.

This will mark Paul’s first WWE match in his second appearance at WrestleMania, following his altercation with Kevin Owens last year, where he was on the receiving end of a Stunner.