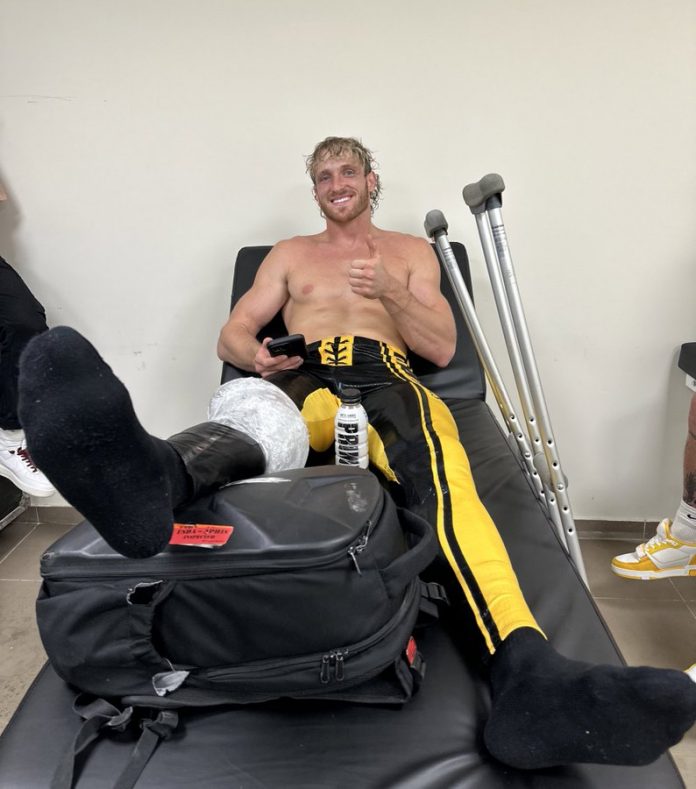 After the match, Logan Paul revealed on Instagram that he tore his meniscus, MCL, and potentially his ACL halfway through the bout against Roman Reigns.

Reigns defeated Paul at WWE Crown Jewel with his Superman Punch, followed by the spear for the pinfall victory to retain the Undisputed WWE Universal Championship.

Logan Paul undoubtedly surpassed every reasonable expectation with his variety of moves, timing and ability to deliver big moments in arguably the greatest celebrity crossover match in pro-wrestling history.

We will keep you updated on the status of Logan when more is known.