Logan Paul to make a “massive announcement” on SmackDown 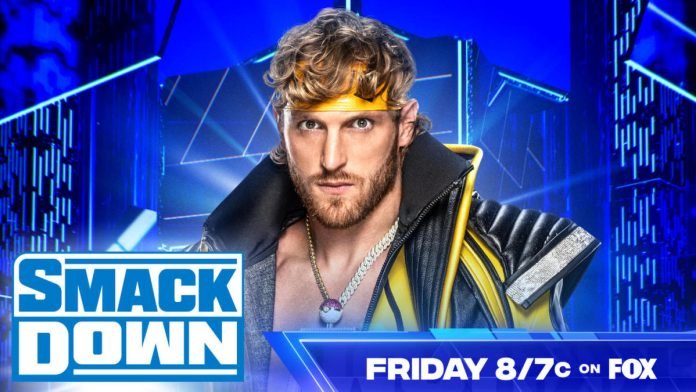 Logan Paul makes his way to SmackDown tonight and he is promising a “massive announcement”.

Paul’s appearance tonight on SmackDown was set through a Twitter exchange with Roman Reigns. Reigns recently appeared as a guest on Logan Paul’s IMPAULSIVE Podcast. After Roman left, Paul said that he wants a future match against Roman Reigns, even saying that he would win.

Roman Reigns would tweet a response later that day, upset with Paul’s words and demanding his counsel Paul Heyman handle the situation.

I bless the world and bring the Island of Relevancy to your show. You and your boys acknowledge me and as soon as I’m gone you run your mouth?!.
Wiseman, handle him. @HeymanHustle https://t.co/vbWgX74ZAW

Paul questioned how they were going to do just that, which led to Triple H inviting Paul to appear on SmackDown. What do you think Paul will have to say?