Man who attacked Seth Rollins on Raw Was Arrested 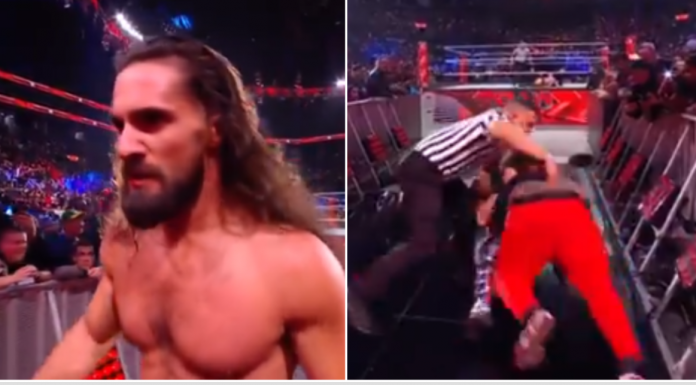 The man who attacked Seth Rollins during Raw at the Barclays Center in New York has been arrested and charged.

The man has been identified as Elisah Spencer. He is a 24-year-old male who is believed to be from Brooklyn.

Rollins was attacked by Spencer as he made his way up the ramp shortly after his in-ring segment with Finn Balor. Police say that at about 9:20 p.m. local time, Spencer left his seating section, jumped the metal barricade and attacked Rollins, who suffered swelling to his lip.

Spencer and Rollins fought with one another on the ground as WWE officials and security attempted to break up the fight. The attack was initially caught on camera as WWE broadcasted live, but the feed quickly changed. Shortly after, Rollins was shown on the entrance ramp with a bloody mouth.

Spencer is being charged with attempted assault and attempted violation of arts and cultural affairs due to disrupting a live sporting event, according to the NYPD. Rollins declined medical treatment following the incident.

In a statement, WWE said:

“WWE takes the safety of its performers very seriously. The individual who attacked Seth Rollins has been turned over to the NYPD and will be prosecuted to the fullest extent of the law.”