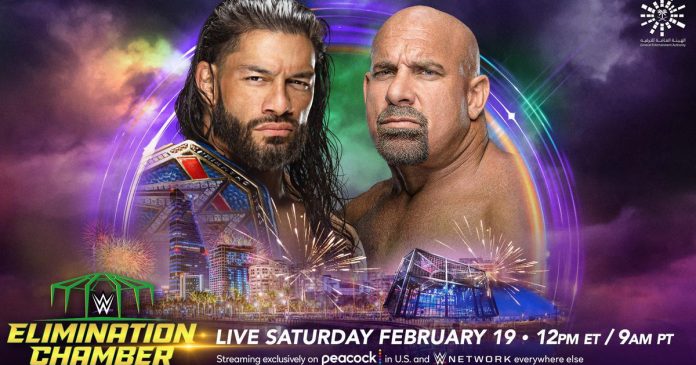 WWE will host its seventh special event in Saudi Arabia today (Saturday, February 19, 2022) with its Elimination Chamber event Saturday. The show will start at noon ET. A kickoff show will begin around 11 a.m. ET.

On the Women’s side, Liv Morgan, Rhea Ripley, Bianca Belair, Doudrop, Nikki A.S.H and Alexa Bliss battle to determine who becomes the No. 1 contender to face Becky Lynch at WrestleMania 38.

Roman Reigns will also be in action on the card, defending his universal championship against Goldberg.

How to watch WWE Elimination Chamber 2022