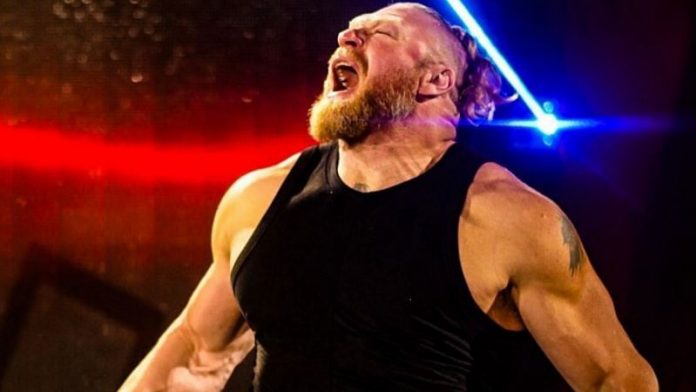 Appearing on WWE’s The Bump, Matt Riddle told a story about the moment he noticed the moniker on Lesnar’s dressing room door backstage.

Answering a question on who he would rather wrestle between Brock Lesnar or Bill Goldberg, Riddle let slip that behind the scenes, Brock is typically referred to as “Mr. Beast.”

“Brock – I’m gonna call him Mr. Beast. Because that was on the door in the back. And I was like, “Who the hell is Mr. Beast?” I’m pretty sure that’s Brock. Mr. Beast came back, Mr. Beast came down to the ring and Mr. Beast did his thing. I’m not a huge fan of Mr. Beast’s man bun”, Riddle said.