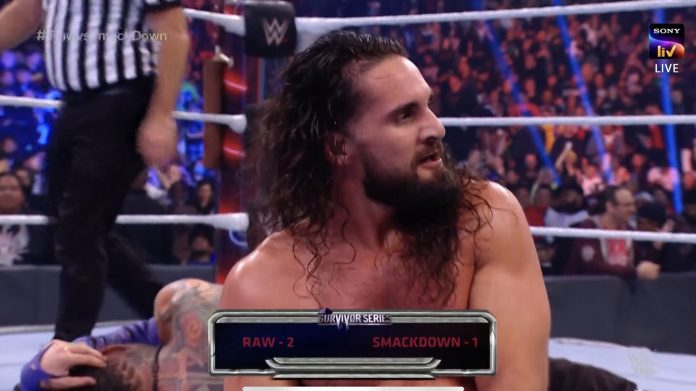 At the start of the match, Kevin Owens argued with Rollins about who would start the match. Owens then left the ring and walked out for the count out without so much as throwing a punch.

Things then settled into a standard Survivor Series elimination tag rhythm, with the final four being Seth Rollins and Austin Theory facing down Sheamus and Jeff Hardy.

DOWN WITH THE KING, says @fightbobby … before all hell breaks loose!#SurvivorSeries is streaming LIVE on @peacockTV in the U.S. and @WWENetwork everywhere else. pic.twitter.com/pvCsC6tbwM

Late in the match, Austin managed to eliminate Sheamus. Sheamus then delivered a clothesline to Hardy out of frustration before leaving. Managing to eliminate Theory, Hardy and Rollins faced off. Hardy countered a stomp and hit the Twist of Fate but Rollins got his knees up on the swanton follow-up, allowing him to hit a stomp and win the match.