Mercedes Martinez Gets Knocked Out On NXT 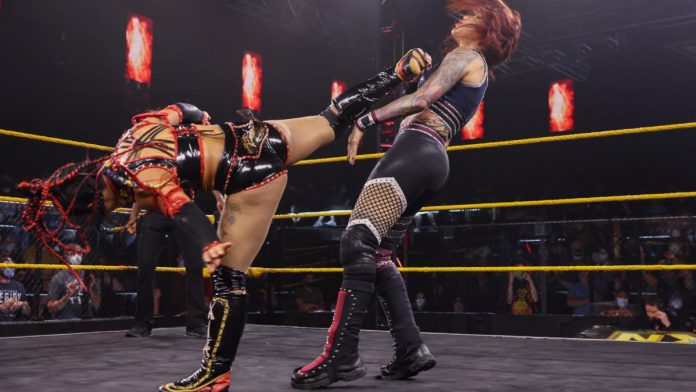 The kick was so devastating that she legit knocked Martinez out. While a glass-eyed Martinez was able to kick-out of the pin attempt, the referee called for the end of the match and shaped her arms in the ‘X’ that signals a legitimate injury to a talent in the ring.

Martinez was checked over backstage with talent and staff then told that she was taken to hospital to be further evaluated.

Martinez has not commented on her status as of this writing. You can watch the match below.