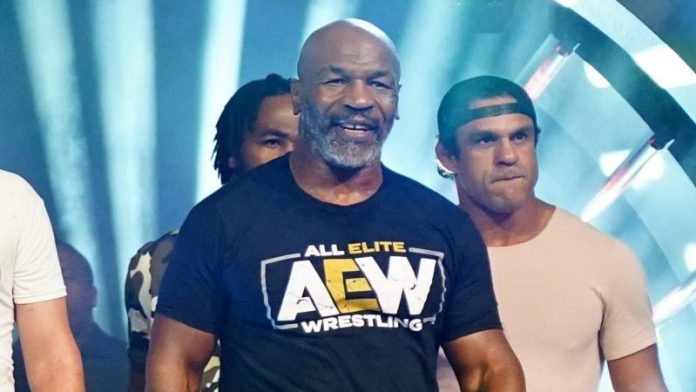 AEW president Tony Khan has confirmed that Mike Tyson will appear on this Wednesday’s Dynamite.

Tyson previously appeared at the 2020 AEW Double or Nothing pay-per-view. He then again popped up on Dynamite and wound up in a pull-apart brawl with Chris Jericho and The Inner Circle.

“There are many reasons I wanted Mike to come back,” Khan says. “He made a huge impact last year at Double or Nothing, and we’re at a point where we can bring him back in front of our fans. The fans who have come to the shows in Jacksonville have added so much to AEW, and it’s important for me that our fans get to see him live. We’re excited to have Mike back.”

“This is going to be a big deal,” Khan says. “With Mike coming to town, he’s going to have a real impact on Dynamite.”

This Wednesday’s episode of AEW Dynamite will be head-to-head with Night One of NXT Takeover: Stand And Deliver, which will be the last night the shows of the Wednesday Night Wars as NXT moves to its new Tuesday night timeslot next week.

This will be Tyson’s first appearance in front of an AEW crowd, as his previous appearances were on shows without fans due to the COVID-19 pandemic.