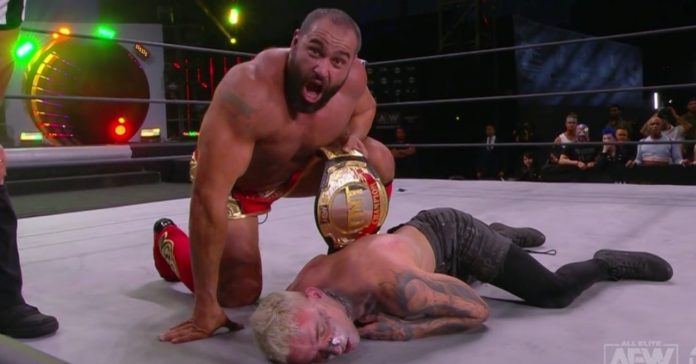 The Best Man” brutalized Allin before the bell rang, and it looked like he was going to score the pin in mere seconds by nailing a Matchka Kick once Allin was finally back to his feet.

The match saw Allin try to overcome the challenger, but it wasn’t enough. Miro won the match with a rear naked choke and now is the new TNT champion.

Post match, Scorpio Sky and Ethan Page tried to attack Sting, who fought them off. This led to Lance Archer coming out to the stage and was held back by Jake Roberts as he was trying to protect his guy.