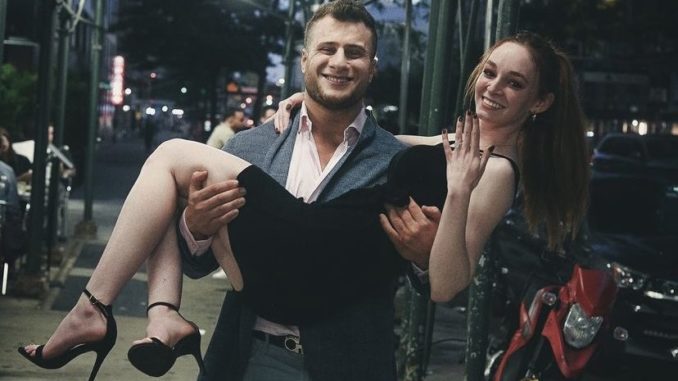 AEW’s MJF took to social media to announce that he and his girlfriend, Naomi Rosenblum, are engaged.

Naomi Rosenblum appeared on an episode of Dynamite in February when MJF was carried to the ring on a throne. MJF then kissed his future wife in front of the world on live television.