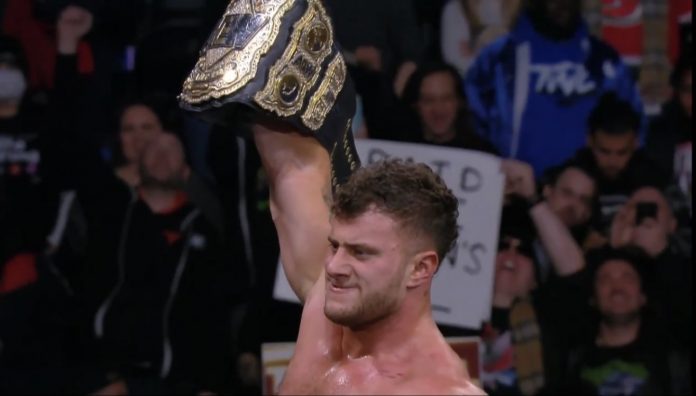 MJF challenged Jon Moxley for the AEW World Championship in the main event of Full Gear. Chants of “MJF” and “new champ” spilled from the stands prior to the opening bell.

The match was fast paced and hard hitting. MJF delivered a Tombstone piledriver on the ring apron but screamed in agony, his unprotected knee in excruciating pain. Moxley capitalized on the injury, countering his opponent’s piledriver attempt with one of his own and driving him through a table on the floor.

Piledriver right through the table by #AEW World Champion @JonMoxley!

After weeks of saying he was going to win fairly to prove to himself that he could win straight up, MJF worked with William Regal and defeated Jon Moxley to win the AEW World Championship.

At the end of the match, MJF pulled referee Bryce Remsburg into the path of Moxley, then retrieved the Dynamite Diamond Ring. At the demand of William Regal, he tossed the ring away.

As Regal then instructed Moxley to alert the referee as he was slowly making his way to his feet, Regal slid a pair of brass knuckles over to MJF, who then slipped them on and bashed Moxley in the face and pinned him for the win.

Your NEW #AEW World Champion is the Devil himself, @The_MJF 😱