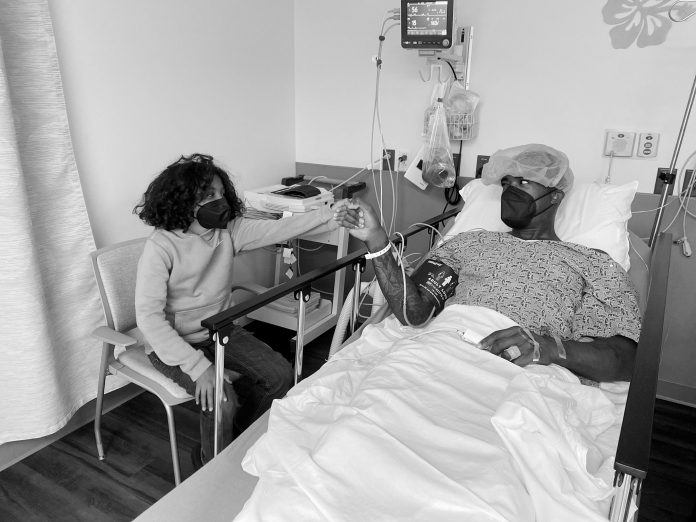 WWE’s Montez Ford has been in the hospital to undergo what is described as a voluntary surgery.

Ford has been off of television recovering from injuries from an attack by Otis sustained on the June 11th episode of SmackDown, which was likely done to cover for this real-life procedure.

Thursday saw Ford tweet a picture of himself fist-bumping one of his kids from a hospital bed.

There is no word yet on when Ford will be back in action.