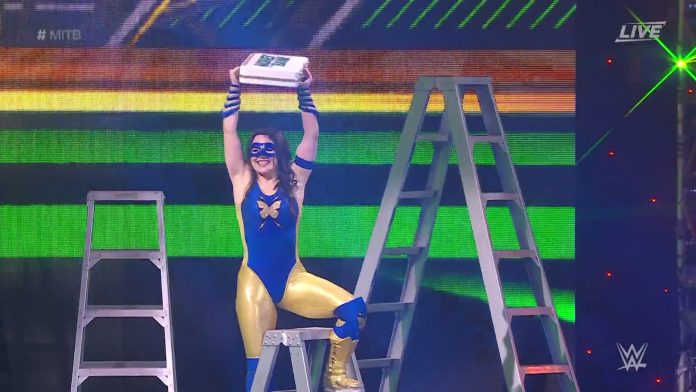 The women’s ladder match kicked off the main card for WWE’s Money In The Bank pay-per-view.

At the end of the match there were a trio of ladders was set up in the center of the ring, resulting in Asuka, Tamina, Morgan, Naomi, Vega and Natalya to battle over the briefcase only to see Nikki A.S.H. climb over everyone to grab the briefcase and the victory. She can now cash in her contract for a Women’s Championship match at any time.