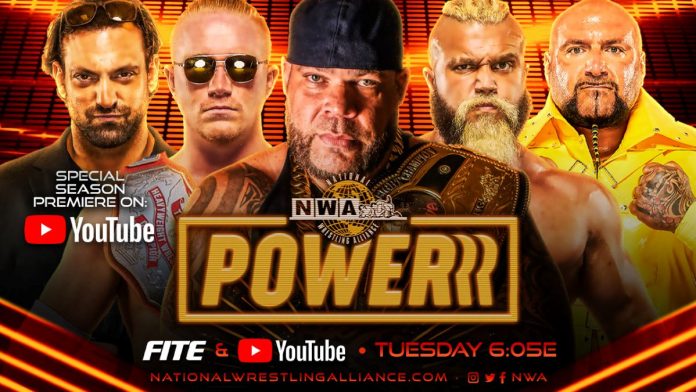 The National Wrestling Alliance is returning to Youtube with NWA Powerrr airing Tuesdays at 6:05 p.m. EST.

This move comes a year after the NWA first announced their All Access plan for FITE TV. The NWA pay-per-views will continue to be provided via Fite TV.

The NWA issued the following:

CHICAGO — The National Wrestling Alliance (NWA) is making bold changes this year to allow our television programming to be available to the largest international audience possible. We are proud to announce that starting immediately, NWA Powerrr will return as first run programming on the NWA YouTube Channel on Tuesdays at 6:05 p.m. EST and NWA USA will remain airing at 12:00 p.m. EST on Saturdays on the channel as well. NWA pay-per-view programming will still be available through FITE TV.

First run programming will begin Tuesday January 3, 2023 and includes matches which will determine the teams that will head to the finals of the Champions Series Tournament.

“I want to thank our viewers who used FITE’s Monthly or Annual subscription service to enjoy our product,” said William Patrick Corgan, president of the NWA. “Making the switch to having the world be able to watch NWA Powerrr at the same time is essential to our growth strategy going forward. FITE has been an important partner and we are happy to continue our relationship with FITE as our pay-per-view provider,” Cogan said.

The NWA Annual Subscription on FITE began to be phased out on August 26, 2022. Viewers who have active subscriptions can still use them to watch pay-per-view programming until their subscription expires. The NWA Monthly Subscription is canceled effective immediately.

NWA pay-per-views, such as Nuff Said, the Crockett Cup and NWA 75, will be available for individual purchase on FITE.

Additionally, the NWA is having its first ever LIVE NWA Powerrr on Tuesday January 31, 2023 from the Knoxville Convention Center which is scheduled to go on air for free on the NWA YouTube Channel starting at 7:00 p.m. EST. The show is being delayed about an hour from our normal time slot to give our fans in attendance more time to make it into the venue. This event will feature Ultimate Team War, the finals of the Champions Series Tournament which began with 32 incredible wrestlers. The winners of Ultimate Team War will receive future title shots at a time of their choosing. NWA Championships will be defended at this event as well.

NWA Nuff Said will be our next pay-per-view wrestling event scheduled for February 11, 2023 from the Egypt Shrine Center in Tampa, FL. The main event is scheduled to be NWA World’s Heavyweight Champion Tyrus vs Matt Cardona for the 10 Pounds of Gold. The pay-per-view will be followed by two days of NWA Powerrr and NWA USA television tapings at the WEDU Television studio on February 12 and 13, 2023. The Sunday taping is currently scheduled to be a matinee before the ‘Big Game’ the same day.

For the first time of the modern era, the NWA is headed to Mexico as part of the “World is a Vampire Festival” on March 4, 2023 in Mexico City. Wrestlers from the NWA will take on luchadors from Lucha Libre AAA with several NWA titles scheduled to be defended.

Details and ticket information for all events are available at NationalWrestlingAlliance.com. 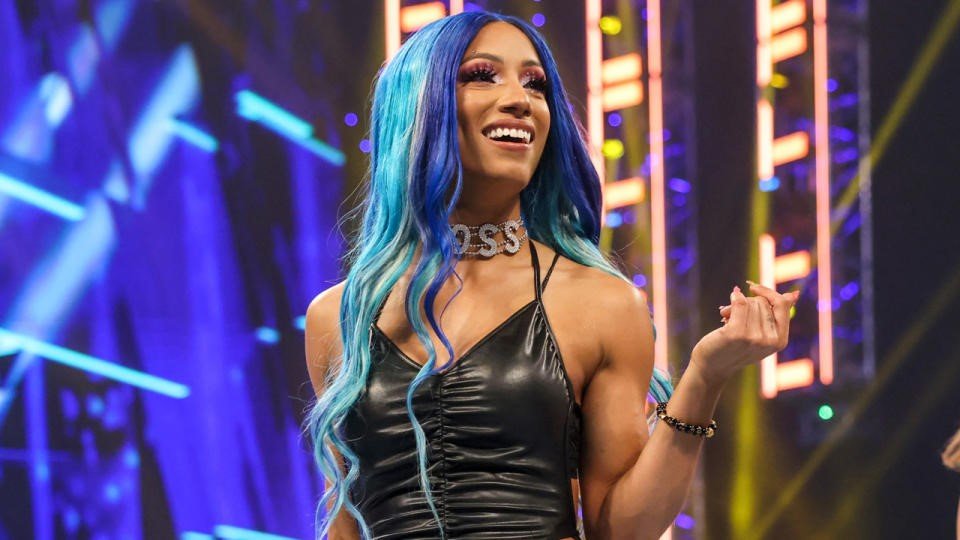 Sasha Banks files trademark for her new name
Next article