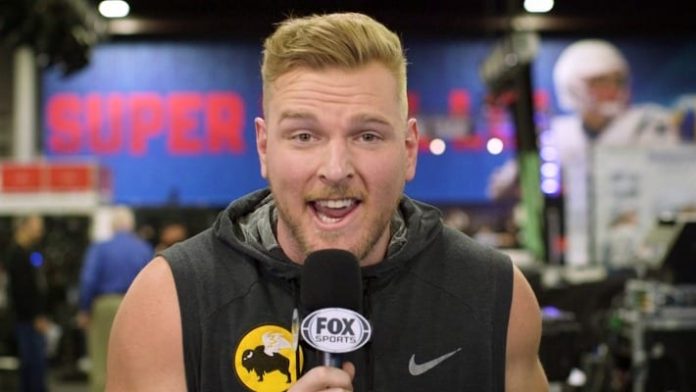 Pat McAfee will appear as a new analyst on WWE’s Friday Night SmackDown on FOX on Friday evening.

The Former NFL punter said: “For as long as I can remember WWE has been a company that I have admired, both for its incredible staying power of creating riveting entertainment and for its ability to connect people all over the globe,” McAfee said Friday in a statement.

“I’ve been fortunate to try a lot of cool professions but working for WWE was the one I looked forward to most. I am incredibly honored and grateful for the chance to give back to the business that has given me and many others so much and having the opportunity to sit at the same table that legends have graced is truly a dream come true. Now let’s go get it.”

McAfee will take the place formerly occupied by Corey Graves, who was moved to Raw.

A two-time Pro Bowler and one-time all-pro punter for the Indianapolis Colts, McAfee played eight seasons in the NFL from 2009-16. After transitioning from his playing career, McAfee now hosts “The Pat McAfee Show,” which is simulcast both on YouTube and on Sirius XM. He also hosts the podcast “The Pat McAfee Show 2.0.”