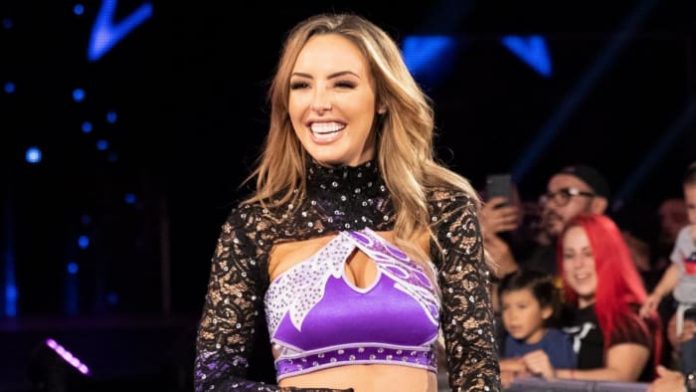 Last week WWE has announced that they have released Peyton Royce.

The former WWE Women’s Tag Team Champion cannot keep her WWE name after her release. “Peyton Royce” is copyrighted to WWE and they maintain ownership of that name.

Because of this, Peyton has changed her Twitter handle to her real name, Cassie Lee.

Lee originally debuted in Australia as KC Cassidy and had her name changed after signing with WWE.

Peyton Royce and her tag team partner, Billie Kay joined WWE in 2015, where they formed the tag team known as The IIconics. The duo had a lot of success in NXT, but their main roster call up didn’t turn out too well. Despite winning the women’s tag titles at WrestleMania 35, their championship reign would be lackluster. Not too long after losing the titles, Kay and Royce would go their separate ways.