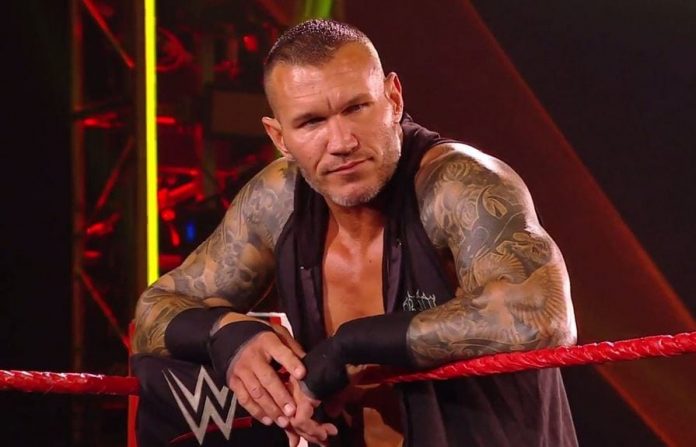 Randy Orton made his debut with the WWE in 2002 at WrestleMania X8 Fan Axxcess, defeating Tommy Dreamer. Since then he has become one of the biggest stars on its current roster and is a Grand Slam Champion and 14-time world champion.

Speaking to the Ringer Wrestling Podcast, Orton revealed when he plans on retiring from WWE:

Then you’ll wonder what if you did.’ So I do auditions here and there, crossing my fingers that I don’t get a call back because I love what I do. I don’t want to stop. I don’t want to have to stop, because of my body.

So I’ve taken it upon myself to make sure I’m doing everything I can on the daily that physically I’m able to continue. But if it was up to me, and I knew physically it wouldn’t be a problem, I’d say I’d wrestle until I’m 50 years old. And I would go out and have that last match when I’m 50 and be able to say I did it on my own terms. That’s 9 years from now. But I don’t see an end to my career any time soon. I’d like to continue to go.”

Randy Orton was also asked if he would ever like to have a part-time role in wrestling:

“That’s that sought after ‘oh, WrestleMania and get the summer off, come back for SummerSlam, disappear till Survivor Series,’” Orton said. “I think Shawn Michaels was doing that, Taker was doing that for a while. I don’t want to do that. I think doing that burns you out. I think wrestling once a week for me, like wrestling once a week would be ideal for me. And that’s kind of where I’m at right now. Schedule-wise, I don’t think anyone knows this and I don’t care if they do, but I think I’m maybe one of the only guys that have an amount of dates that I’m contractually obligated to do.

“And that’s 80, 80 shows a year. It sounds like a lot, but after you do one TV a week, one PPV a month, you’re left with like 15, 20 live events. So those are the Saudi Arabias, the European Tours, the Madison Square Garden live events. I think that, with me wrestling once a week, I’m able to kind of keep the joints loose and feel like I’m in shape enough to continue to do it.

“If I take a bad bump and I hurt my neck, I’ll take a week off, and I think that’s what’s going to make me be able to wrestle until I’m 50. It’s that I’ll take the week off. You’ve got a lot of guys that will wrestle through these injuries, and that’s how it used to have to be. You wouldn’t be paid if you weren’t working. If you didn’t show up to that Garden show, you weren’t getting paid. The pay scale, the pay structure has changed now to where I’m getting paid no matter what. It’s fantastic.

“So I’m going to go and I’m going to do whatever shows they want me to do, and I’m going to do them to the best of my ability. But there’s 80 of them, and if I keep that number 80 or less, and that number goes down a few every year, I’m good. I’m good. And I don’t want to have two shows a year because I think that’s when you do a moonsault off the top buckle to the floor and two thirty-year veterans and you almost break your neck.”