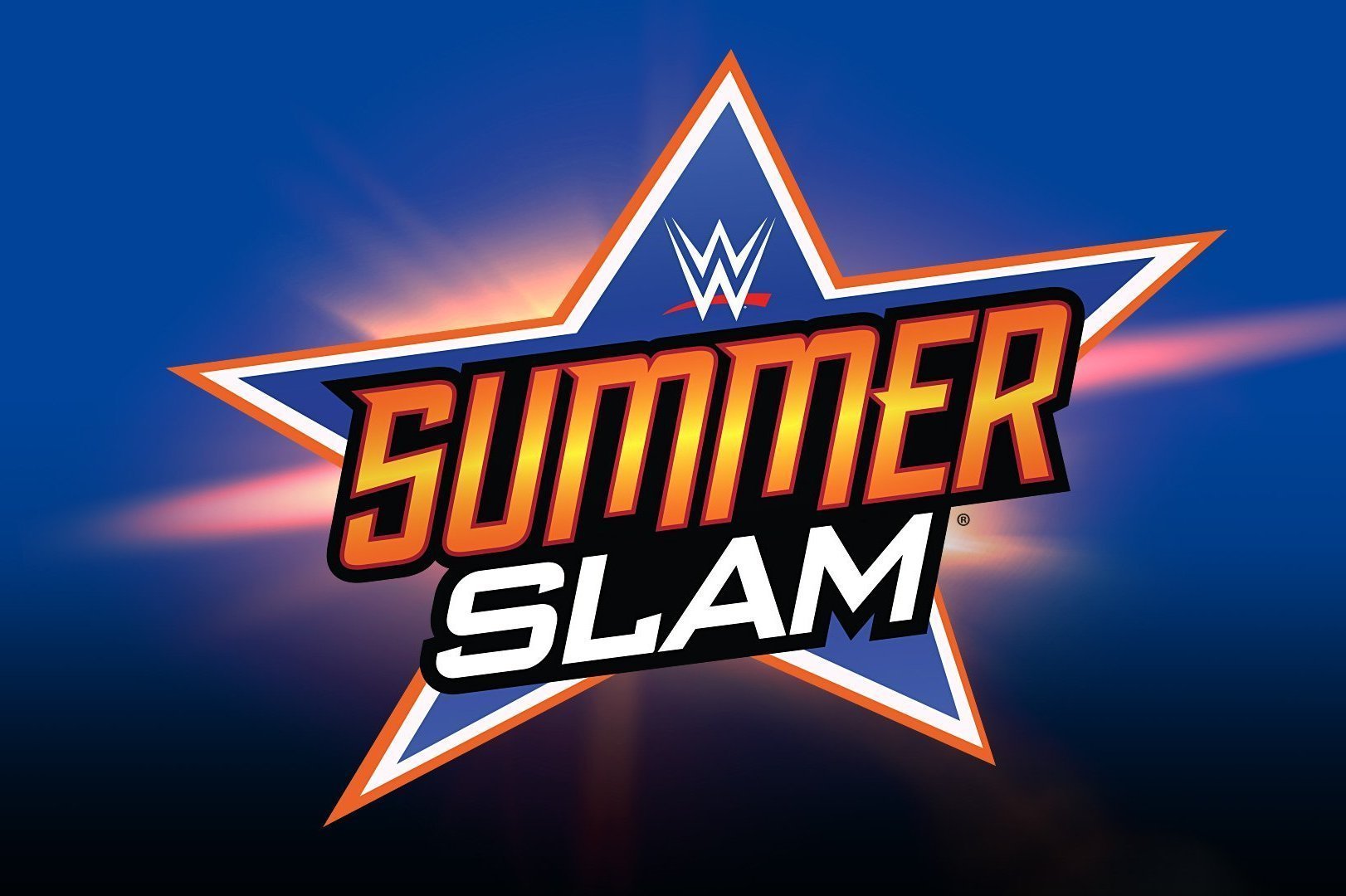 SummerSlam 2021 looks to be the biggest WWE wrestling show of the year as over 40,000 fans will pack into Las Vegas’ Allegiant Stadium this Saturday night.

Every year SummerSlam has a handsomely designed poster to promote the event, feature various stars and get you hyped up for the show. These five posters have done just that.

Lets check out the 5 Best SummerSlam Posters Ever:

This larger than life fight between Stone Cold Steve Austin and The Undertaker is in the mold of Kong or Godzilla and you know immediately know the city the event is being held in. 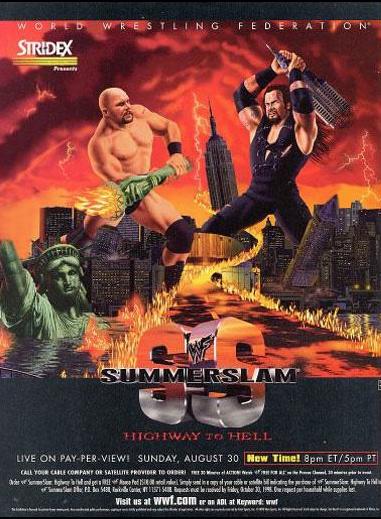 SummerSlam 2021’s poster features John Cena and WWE Universal Champion Roman Reigns, who are headlining the big event. It’s to the point with a big fight feel and excellently done. 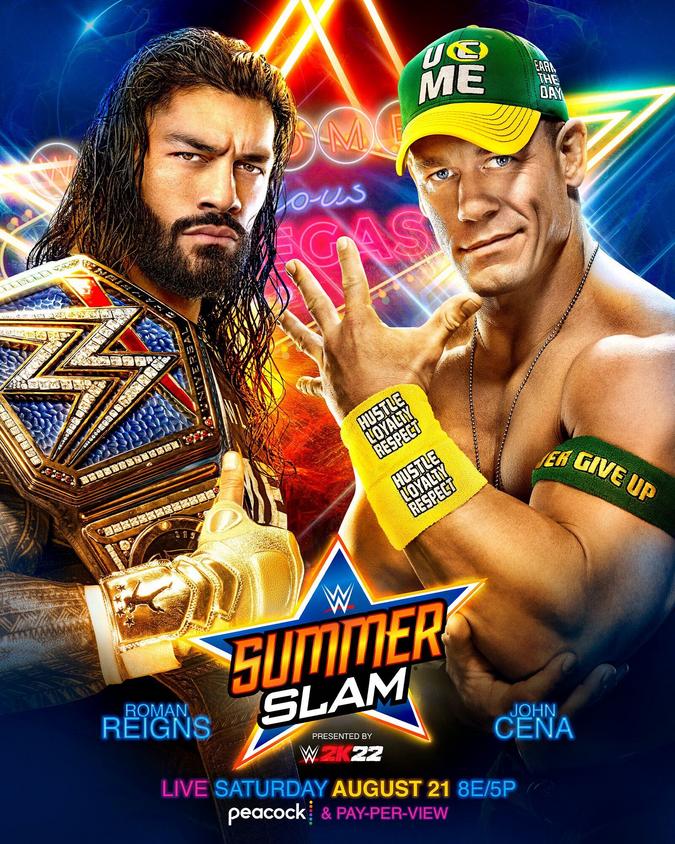 With the Undertaker’s looming and foreboding presence, you know Bret Hart is in grave trouble. The purple is gorgeous and sucks you into the darkness of this character. 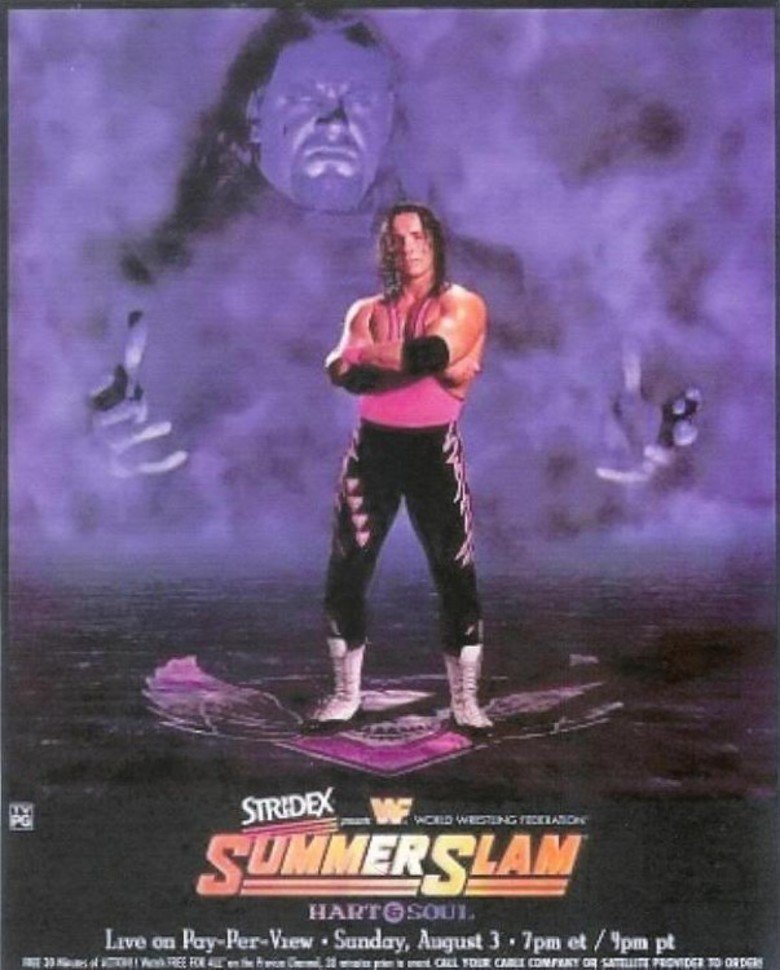 The 2001 edition of SummerSlam was purely focused on the intense rivalry between WWE and The Alliance of WCW and ECW. This poster features The Rock, which was at his height in the WWE. 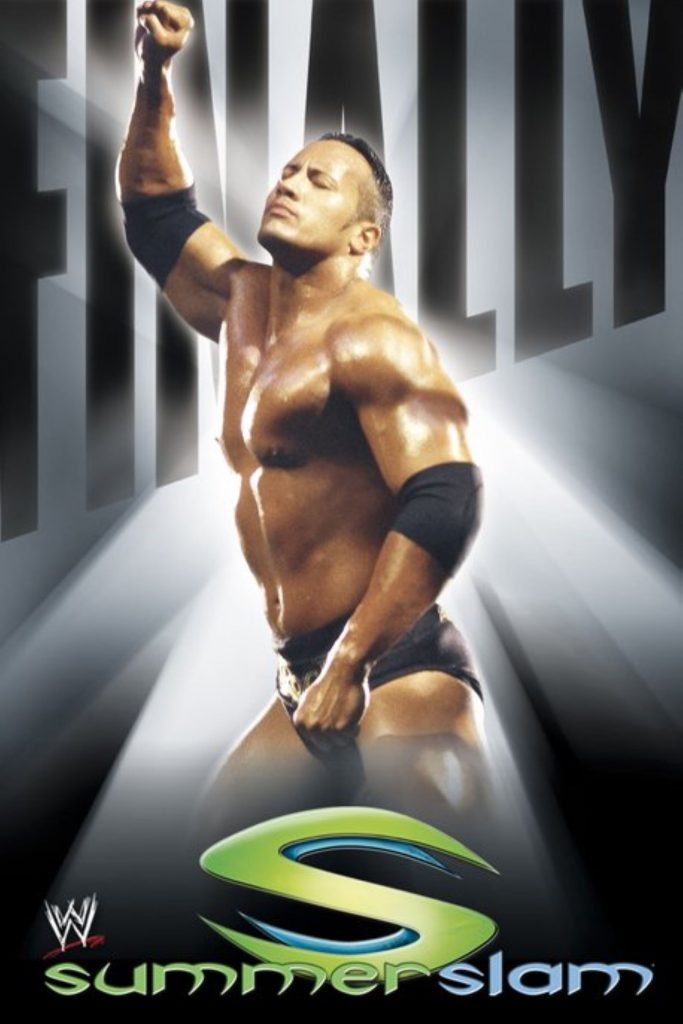 Stone Cold Steve Austin’s intense look and a burning skull puts this 1999 poster among the best posters the event has ever seen.

The historic night was capped off with Mankind’s WWE Title victory over “Stone Cold” and Triple H in a match officiated by then-Minnesota Gov. Jesse Ventura. 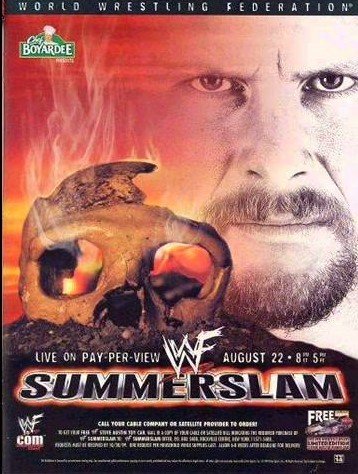