Raw Viewership Down as Charlotte Flair returns to the ring 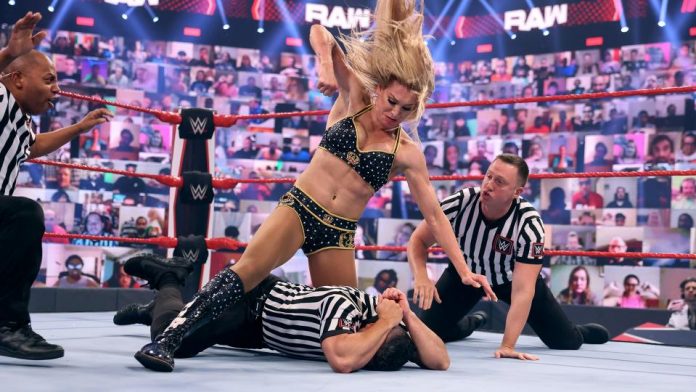 The April 19 episode of WWE Raw experienced a ratings drop compared to last week’s show with an average of 1.907 million viewers during its three-hour broadcast on USA Network, down from last week’s 2.026 million.

RAW was down 5.9% from last week in total viewers, but still drew their third best audience of the year behind only last week (2.026 million) and Legends Night in January (2.128 million).

The main event of the night was Asuka facing Charlotte Flair with Raw women’s champion Rhea Ripley looking on from ringside. The show ended with Asuka getting a roll-up victory over Charlotte Flair thanks to an outside assist by Rhea Ripley. Flair took her frustrations out on the official, tossing him across the ring before dishing out a savage beatdown as a group of other refs repeatedly told her to leave the ring.