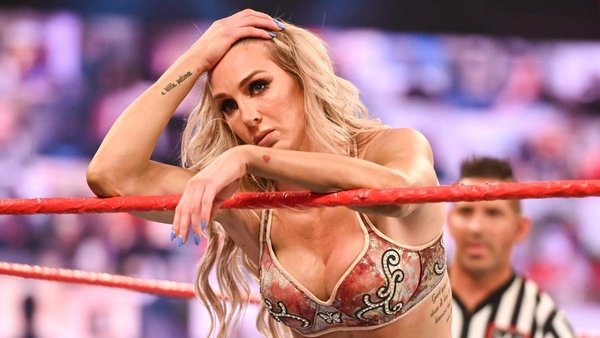 As reported earlier, Charlotte Flair was fined and suspended by WWE following her brutal actions on Raw against a match official.

Now, it’s been revealed that Charlotte Flair is currently off WWE TV because she reportedly needed to have some dental work done, according to a report from Alex McCarthy on the Wrestling Daily podcast.

There’s no word yet on when Flair will return from the storyline suspension, but it was noted that she is not expected to miss much time from the dental work.

Flair reacted to the storyline news on Twitter, alluding to a potential feud with Rhea Ripley down the line on Monday nights.

“This whole thing sped past ridiculous, jumped over absurd and landed right on stupid” Flair tweeted. “The top two wrestlers in WWE having a classic match on the flagship show, and for what? To be ruined by a petulant child with Road Warriors cosplay shoulder pads.”