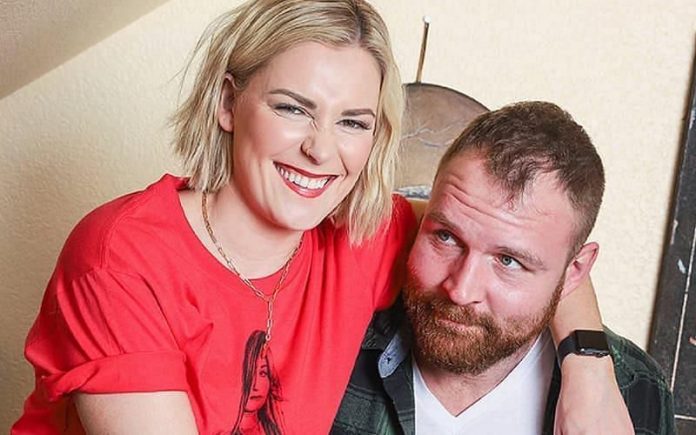 Renee Paquette, the former WWE commentator and Backstage host has confirmed that following her departure from WWE, she was given a year-long non-compete clause which stopped her from appearing on another wrestling promotion.

Paquette joined WWE in October 2012 under the name Renee Young. She became popular  for her energetic personality during chats with wrestlers.

Since she departed WWE, a lot has changed in Paquette’s life. The biggest change is she’s now a mom. In June of this year, Paquette and Moxley welcomed a baby girl named Nora. She also started her Oral Sessions podcast which was met with a lot of praise.

But with her clause now up, Paquette is free to appear on other wrestling programs. As with many ex-WWE stars, many fans wonder if Paquette would join AEW.

“I’m definitely open to the idea,” Paquette said. “I miss pro wrestling, I miss being involved in the pro wrestling world, in that capacity, but I don’t know what that job would be or what my role could be within AEW.”

There’s a lot of benefits to Paquette joining AEW. She’d be working with her husband, wrestler Jon Moxley. Moxley has been a member of the AEW roster ever since his arrival at the 2019 Double or Nothing pay-per-view. Also, Paquette would be great at the commentary desk or hosting AEW specials.

“I don’t know that I necessarily want to jump back onto commentary by any means, but I think doing some interviews, doing some features., I love doing features,” she added. “I just love pro wrestling.”