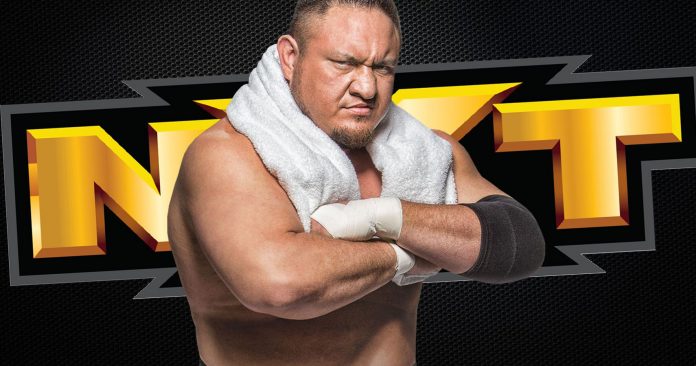 According to a new report from PWInsider.com, Samoa Joe is back with WWE and will be working exclusively for the NXT.

It was said that Triple H “snatched him back” as soon as possible and wanted him back in NXT instead of losing him to another promotion. Triple H and Joe have a long history. Triple H was the person who initially brought Joe to WWE in 2015 for NXT.

Per Dave Meltzer on Wrestling Observer Radio, Joe will at least be working in a behind the scenes capacity for NXT- and could be the favorite to succeed William Regal as NXT General Manager.

“I think that’s the cue for Samoa Joe. I don’t know that 100%. I was told today that Samoa Joe is in a Regal-like role and all of a sudden Regal is talking like he’s stepping down so maybe the Regal-like role is Regal’s role,” he explained. “But if he’s leaving, based on what I was told, Samoa Joe is definitely the favorite to be the new commissioner. Joe is in and he’s in as a non-wrestler so I think that tells you that he’s not cleared.”

Unfortunately, it does seem like Joe’s in-ring career may be over due to his history of concussions. Many fans had hoped The Destroyer might return to challenge Karrion Kross, but as Meltzer explains, “Even [if he went] to another company, if he’s not medically cleared. It’s just what it is. He’s taking a job in NXT and he’s doing something there and he may be the new authority figure on television or may not be but he’s gonna be behind the scenes.”

Joe was one of several wrestlers released by WWE as part of the company’s latest round of “budget cuts” on April 15.