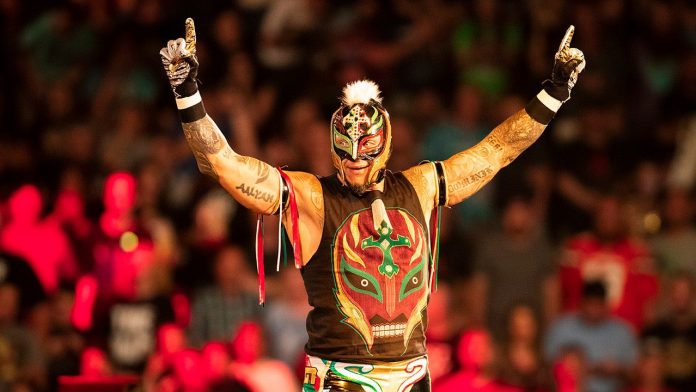 On Tonight’s Smackdown, Rey Mysterio told Triple H that he was quitting the WWE and has reached his “breaking point” from the situation with his son Dominik.

Triple H tried to calm him down and said he wanted to work something out with Rey. Later in the show, Mysterio became the 4th participant in a Fatal 4-Way match to crown a #1 contender for the Intercontinental title. This came after Karrion Kross was removed from the match due to being involved in a car accident at the beginning of the show. It was later announced that Mysterio has officially join the Smackdown roster.