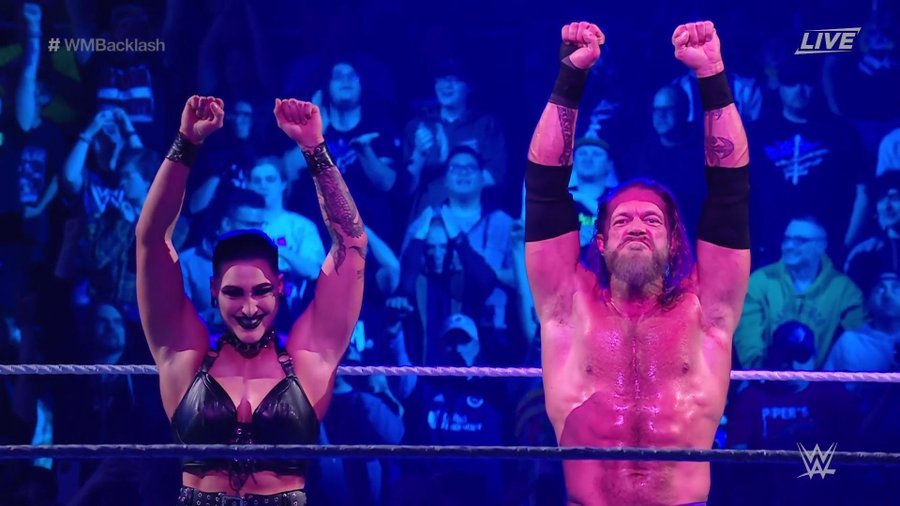 Edge beat AJ Styles at WrestleMania Backlash but he had more than a little helping hand from a new ally.

At the end of the match, a masked person knocked AJ Styles off the top rope. Edge was then able to lock up in a chokehold and Styles went unconscious.

Rhea Ripley was revealed to be the masked woman, officially aligning with Edge’s Judgement Day stable.