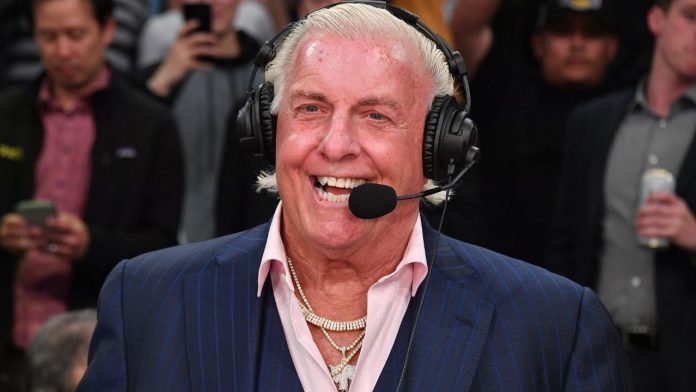 Two-time Hall of Famer Ric Flair has been granted his release from WWE. Raj Giri of Wrestling Inc reported Sunday night that a big name had asked for their release and got it.

While he may not have wrestled for the company since WrestleMania XXIV in 2008, Ric Flair has been with WWE since 2012. Most recently resigning with the company last year.

The 16-time world champion had made a number of appearances on WWE TV throughout the COVID-19 pandemic, first with Randy Orton and later having a relationship storyline with Lacey Evans. The storyline was promptly dropped after Evans legitimately became pregnant.

Flairs last appeared on WWE TV on the February 22 episode of Raw after Charlotte told her legendary father to go home.