RK-Bro defeat The Street Profits at WWE Day One 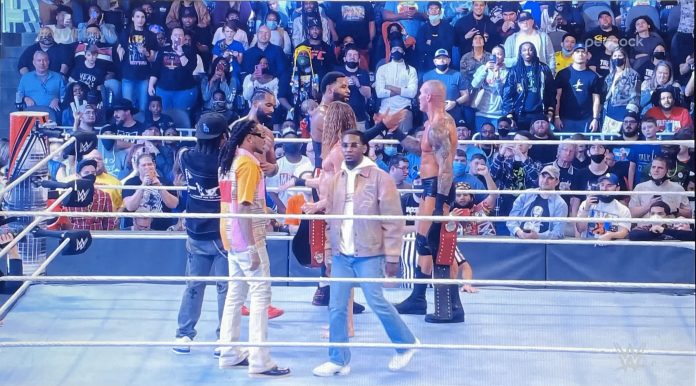 The Street Profits challenged RK-Bro for the Raw Tag Team Championships at WWE Day One. RK-Bro brought Migos out with them during their entrance and they sat at ringside next to the announcer’s table during the match.

Late in the match, Orton took a hot tag and hit a double hanging DDT bon Ford but her managed to send Orton crashing shoulder-first into the ring post before hitting a dive over the ring post onto both members of RK-Bro.

After some back-and-forth between Orton and Ford, Riddle entered the ring to pop Ford into the air and into an Orton RKO as the champions retained. After the match, both teams shook hands and celebrated in the ring with Migos.