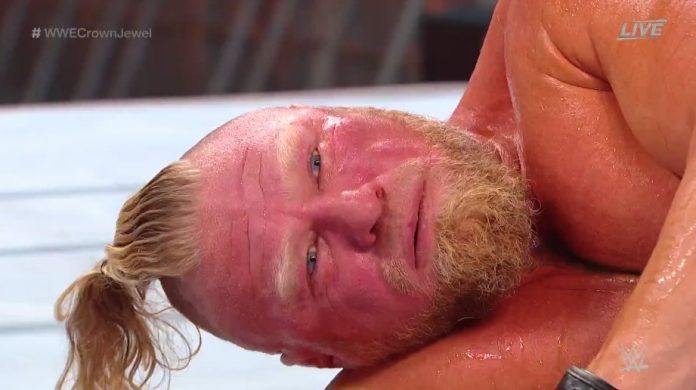 Roman Reigns put his Universal Championship on the line against Brock Lesnar in the main event of WWE Crown Jewel.

The match started with both men tying up against the ropes. Lesnar was able to hit an early German suplex before Reigns was able to escape the pressure by ducking outside of the ring. Reigns shoved Lesnar’s head into the ring post and followed up with a Superman punch that knocked Lesnar off the apron. Lesnar got up and Reigns followed up with a dive over the top rope onto Lesnar on the floor.

Reigns went for a spear but Lesnar leapfrogged over him and Reigns’ head hit the center turnbuckle. Lesnar followed up by hitting an F-5 but Reigns was able to kick out of the pin. Lesnar went on to hit three more German suplexes and the F5 but Reigns kicked out of the pin attempt.

Lesnar hit another F-5, though this time he also hit the referee, knocking him out. As Lesnar tried to revive the ref, he turned into a Reigns spear, but again with the referee down.

Paul Heyman then tossed the Universal Championship in the ring in between Lesnar and Reigns and yelled, “you know what to do with it!” Both men wrestled over the belt before Lesnar ripped it away. The Usos then ran in, hit a double superkick and Reigns laid out Lesnar with the belt before a second ref ran to the ring to make the count. Roman retains the title and beat Brock Lesnar. 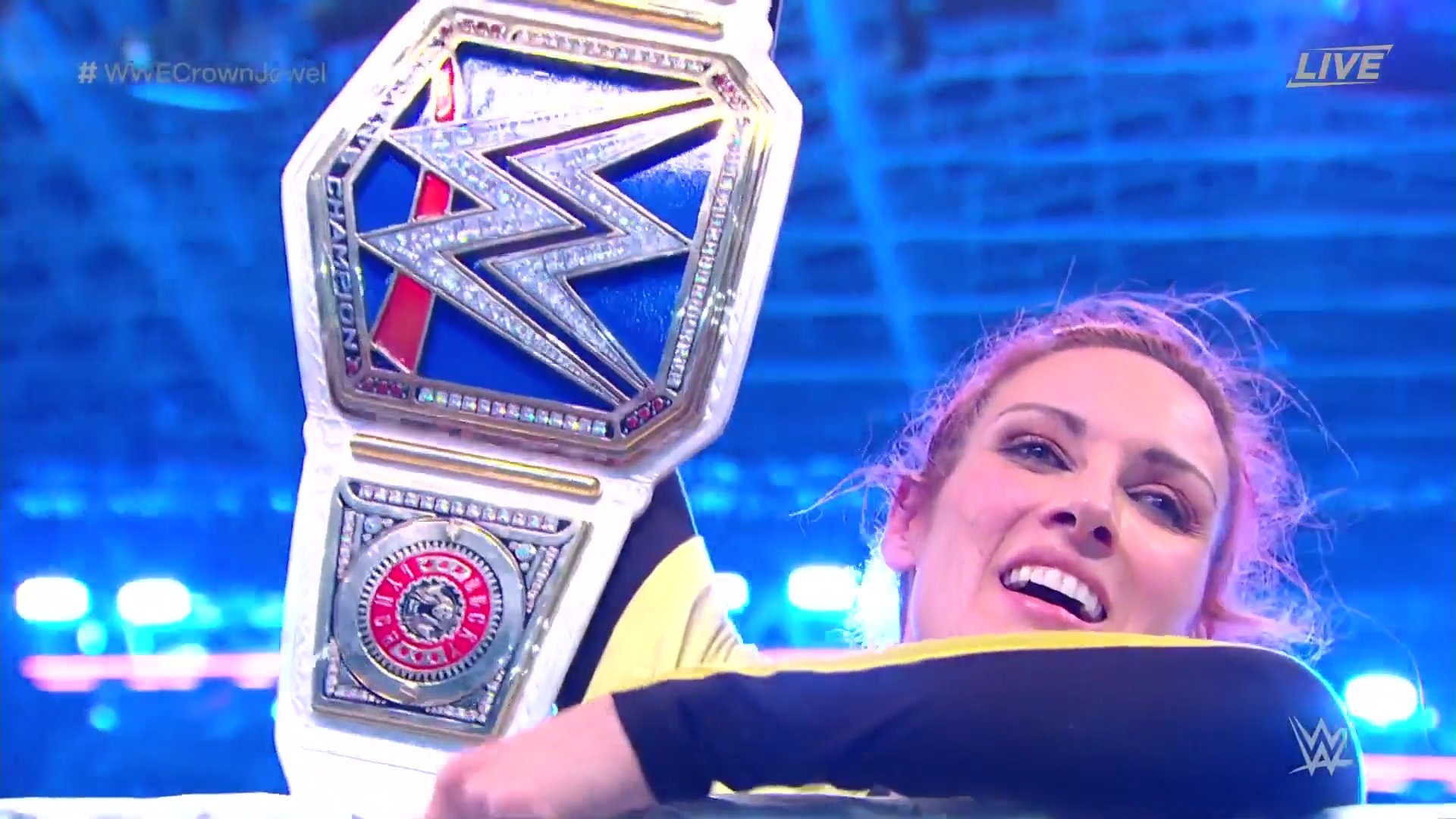 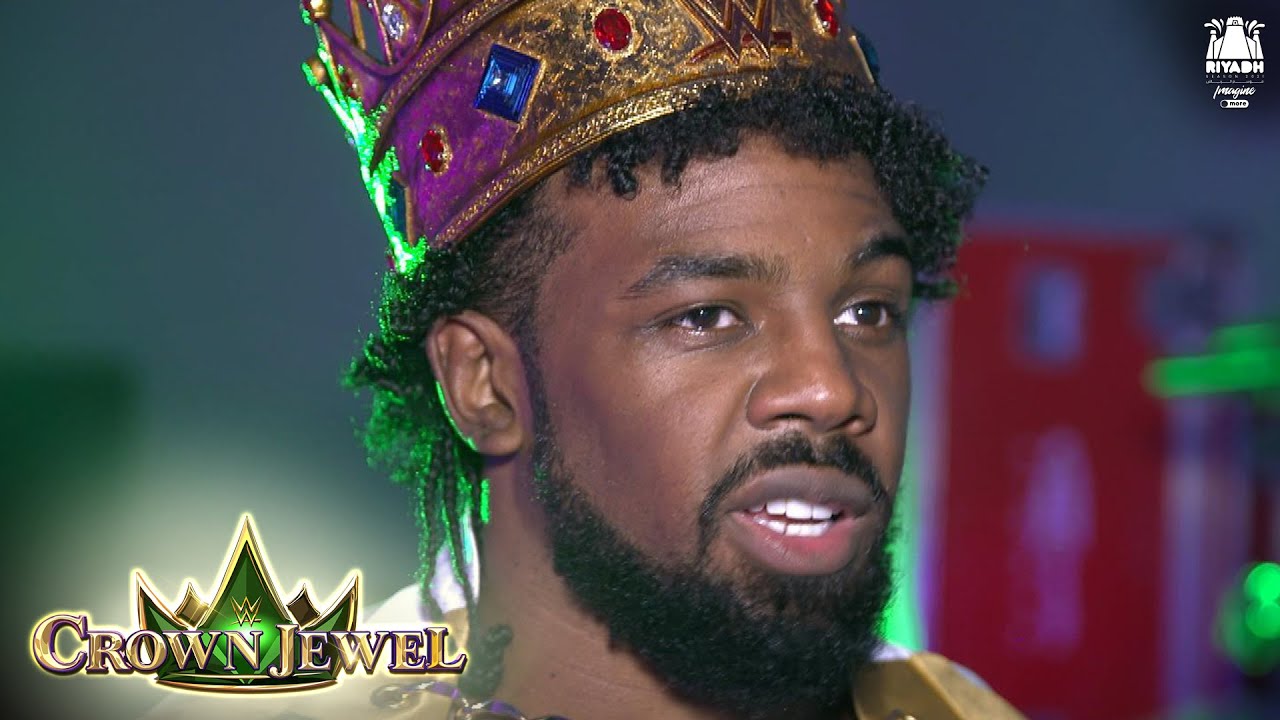