Roman Reigns crowned as the King of the WWE 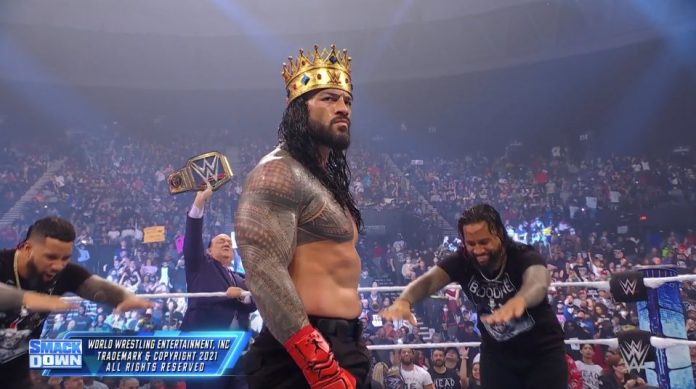 As WWE Survivor Series draws near, universal champion Roman Reigns wanted to make a statement on Friday night’s episode of SmackDown as he went one on one against the 2021 King of the Ring, Xavier Woods.

The match had plenty of story not only because Woods is the current King of the Ring, but also because he was representing New Day ahead of Big E facing Reigns at Survivor Series.

The match ended when the Usos pulled Woods off of Reigns to prevent a three count and caused a disqualification. After the match, Jimmy and Jey grabbed Woods’ crown and declared Reigns as the new King of WWE.