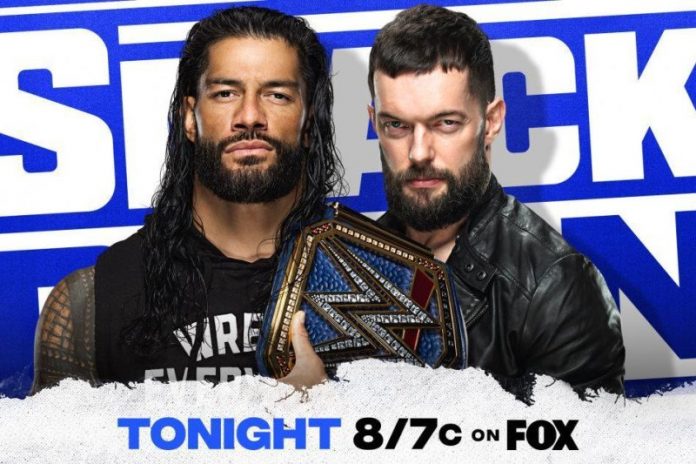 Finn Balor had lined up a shot at Roman Reigns and the universal championship for SummerSlam only to have that opportunity stolen away.

Tonight, Balor finally got his shot at Reigns’ title when the two faced off in the main event of SmackDown from Jacksonville, Florida.

Before the match even begun the Usos attacked Finn Balor, putting him at a disadvantage before the bell ever rang. Reigns began the match by dominating the action. Balor was able to get some offense, delivering a flurry of forearms and a Pele kick to stun Reigns.

Balor continued to roll, driving Reigns into the corner with a shotgun dropkick and followed with the Coup de Grace, this time executing it for a near-fall. During the kickout, Reigns delivered a low blow and pounded away at his challenger. He applied the guillotine and defeated Balor by referee stoppage.

At the end of the match, Balor went for the Coup de Grace and hit it, going for the pin but Reigns kicked out at the last second again. During the kickout, Reigns delivered a low blow and pounded away at his challenger. He applied the guillotine and defeated Balor by referee stoppage.

As Reigns and Heyman left the ring, the lights went red ever so briefly, and the sound of a heartbeat could be heard. Reigns looked a little puzzled. Could this be the return of the Demon?